A meta-analysis is an analysis of analyses. Specifically, it is an analysis of the combined results of several studies, typically randomised clinical trials. However, other forms of evidence can be adduced in seeking information about effects in medicine. It is possible to perform meta-analyses on data from observational studies and even case series or case reports. Here’s what I found when I looked for the various terms in the titles of papers indexed in PubMed:

But suppose we could do a meta-analysis that included all these types of evidence in one super-analysis, including the results of randomised trials, observational studies, and case series or reports, all at once. If we could do that, what would we call it? The word is teleoanalysis.

The IndoEuropean root KWEL, which implied different forms of turning, has spawned many different linguistic outputs. The basic form gave the Greek κύκλος, a circle, from which we get cycle, cyclone, and encyclopaedia. The Sanskrit word for a wheel, cakram, gives us chakra, a circular Sikh weapon and the wheel on the Indian flag, and chukka, a turn at polo. And “wheel” comes from Teutonic forms, such as Old Germanic kwe(g)ula and Old English hweogol.

The o-grade form is KWOL, another type of turning, like the head on the neck. The Latin word collum, the neck, gives us collar, torticollis, décolleté, a plunging neckline, and accolade, originally a touch with a sword on the shoulder near the neck (Latin ad collum). A col is a depression in the summit-line of a chain of mountains, fancifully compared to the curve of the neck. Colere in Latin means to turn over the soil, to till or cultivate, and hence to inhabit and to worship, giving us colony and bucolic, cultivate, culture, and cult.

A consonantal shift from KWEL gives the Greek word τέλος, that which turns out, the completion of a cycle, anything final. Entelechy is the Aristotelian realisation of potentiality, later misunderstood to mean that which gives perfection to anything and therefore the human soul. Teleology is the branch of knowledge or study that deals with ends or final causes, or the study of phenomena that are explicable in terms of intention, design, or purposiveness rather than by prior causes. When we describe something as being teleological we usually mean that we are ascribing purposiveness, design, or final causality to natural events, usually in the context of an implication that things happen because the body intends them to, in contrast to mechanisms. The term “teleology” has also been used in a philosophy of medicine in which it is the endpoint of clinical care that is paramount, not the intentions of either the doctor or the patient; this is akin to what I have elsewhere described as collaborative care, discarding the notion that the best care is patient centred, any more than it is doctor centred.

So when I was asked to suggest a word to describe an analysis that took in different types of evidence, I suggested “teleoanalysis”, an analysis of everything finally put together. Gene Glass said about the word meta-analysis, which he invented, “The term is a bit grand, but it is precise and apt” (pictures). Perhaps the same might be said about “teleoanalysis”. 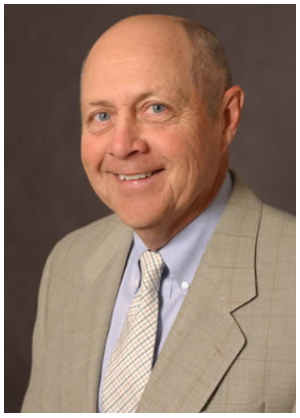 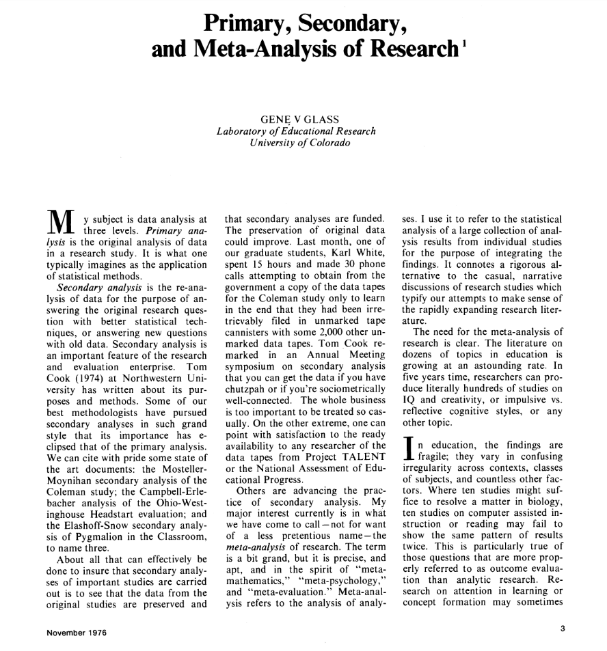 Gene V Glass, and the first page of his 1976 paper. The quoted passage is in the paragraph that starts at the foot of the middle column.

In the ideal teleoanalysis the whole range of evidence is used, from randomised controlled trials, observational studies, and case reports, each contributing to a different aspect of the analysis, as in a study that gave estimates of the risk of heart failure with thiazolidinediones in patients with type 2 diabetes and categorised the dose-time-susceptibility (DoTS) features of the adverse reaction. Other teleoanalyses have been reported, in one case combining randomised controlled trials and observational studies, and in another case randomised controlled trials, observational studies, and case series. Randomised trials of pharmacological interventions infrequently give information about dose responsiveness, since they generally involve the use of only a single dose; an observational study, on the other hand, has more scope to provide such information. And case reports can give insights into rare events that the other forms of studies may be too small to detect. Hence the value of teleoanalysis.