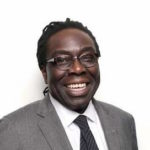 The sight of someone on the streets is one many people find so difficult to take in that they ignore it. They choose instead to walk straight past the individual who is at their feet or asking for money.

Nothing could be such a reminder of inequality and human suffering as a rough sleeper. These are human beings whose lives are likely to be cut short given that homeless women die on average at 43 and homeless men at 47, compared with 77 for the rest of us.

In England, the number of people living on the streets increased by sixteen percent in 2016, a statistic that matches anecdotal evidence that more are seen camped out in the shop doorways and alleys of our major cities. This is the most visible and stark kind of homelessness. But it goes on behind doors too with almost 50,000 families living in bed and breakfast accommodation. Others without homes survive by going from friend to friend ‘sofa surfing’.

Homelessness is one indicator of a fundamental breakdown in an individual’s life. According to charity Homeless Link, four out of every five homeless people have some form of mental health challenge, a high proportion a physical illness, and others struggle with drug or alcohol issues. As a result, more than a third say they have been admitted to A&E in the last six months.

The cost to the NHS of society’s failure to deal with homelessness and other examples of inequality has been estimated at £4.8 billion. That is according to a study by the University of York that concluded the poor die young, and more expensively, than more affluent members of society, based on a comparison of hospital admissions in deprived and relatively well-off parts of the country. This is a perfect example of the inverse care law that those most in need of health and social care tend to get it the least, as first outlined by GP Julian Tudor Hart in 1971.

This bill for inequality estimated by the researchers from the University of York represents just under a quarter of the £22 billion that the NHS is required to find in efficiency savings by 2020. The real challenge they present though is one that is solvable. That is how to provide preventative services in deprived communities that would have an impact on the admission and death rates of poor people and reduce overall costs to the NHS. Services that are likely to reduce smoking, obesity, drug, and alcohol misuse, and homelessness.

The government response to the issue has included an increase in funding for homeless shelters. This April, the Homelessness Reduction Act also comes into effect to enable councils to provide help for those on the streets, to continue to house families, and to prevent homelessness in the first place. The Act is a triumph for organisations like Crisis who have persuaded the government to update laws for the modern era of homelessness.

But whether these reforms will reverse the seemingly inexorable increase in people living without a roof over their heads, and the concomitant impact on the health of those in this situation, is a moot point. In general, all the measures above would be laudable, but for the fact that local government itself is facing major cuts in the resources available to implement them thoroughly.

It is possible to take action that helps prevent premature deaths among this client group and to provide the kind of interventions in the community that many take for granted. Turning Point’s homelessness primary care service in Camden is an example of this. At the time that this service was launched, I was shocked at how neglected homeless people were by the health system in Britain, proof that the inverse care law was alive and kicking. I remember speaking to individuals who our staff work with whose only way of receiving health support was through repeated visits to A&E departments. This was not just to get treatment for their sometimes horrific physical injuries, but because of their mental ill health and their desperate need for someone to notice them.

Homelessness is not inevitable. In the last 20 years there have been periods where street homelessness has fallen steadily, but these drops have not been sustained, and we are starting to see the impact of this in 2018. Homelessness is not an episodic event, but something systemic. It is a neon sign that something is fundamentally wrong with policy across health and housing. The existence of homelessness and its increase raises the question of what was, or is, the intention of our public services.

Homelessness is the canary in the public policy coal mine, an indicator that we are failing to progress. Those left behind on the streets are an expensive reminder of our inability to look at them and to take a hard look at ourselves, our politicians, policy makers, and commissioners.

There can be no excuse for homelessness when Britain is ranked 5th richest country in the world. It is time that those in positions of responsibility were held to account.