Doctors and patients are heading in opposite directions: patients increasingly have multiple conditions, while doctors are specialising not just in organ systems but in parts of organs. What are the consequences of this divergence? 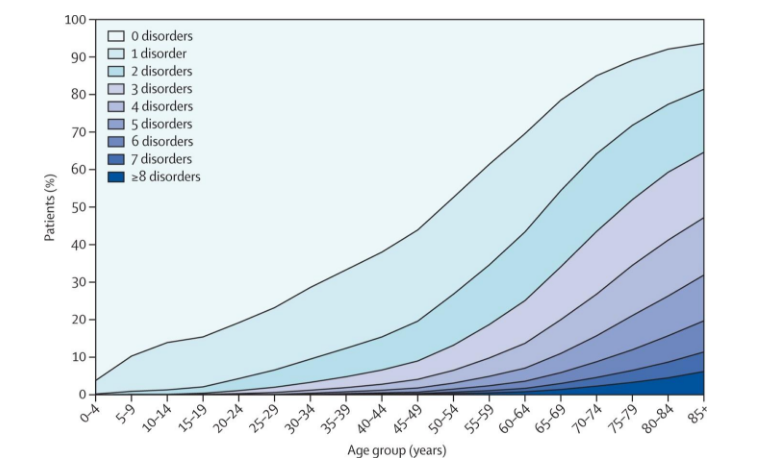 It is these slow but remorseless changes in epidemiology that have the biggest impact on health systems, which universally have failed to adapt fast enough. We continue to have health systems based on disease, hospitals, doctors, drugs, and reactive, episodic care when we need the opposite. Medical education is based on a model of diagnose, treat, cure when the model is dead, and medical evidence and guidelines are built largely from randomised trials that excluded patients with multiple conditions.

Despite all this, doctors continue remorseless specialisation and subspecialisation, and medical students eschew primary care. I was once responsible for the British Journal of Ophthalmology and was astonished to discover that it had a different editor for each of the seven (or was it nine?) layers of the eye. After a professor of orthopaedics complained that The BMJ (when I was the editor) was hopeless for orthopaedic surgeons I went and met some orthopaedic surgeons to ask them about The BMJ. One told me bluntly that he never read The BMJ. “You must understand,” he said, “I specialise in shoulders. I know nothing about the hip, let alone the things you cover in The BMJ.” This chimed with a conversation I had with an orthopaedic surgeon about a family member: I asked how she was “in herself”; “I’ve no idea,” he answered, “you’d have to ask my registrar.” I watched as paediatrics broke up not only into the broad tribes of neonatologists, “adult paediatricians” (as we called them), and community paediatricians but into the many subspecialties.

I was inspired to write this blog by being surprised by the number of responses I got to a tweet saying: “Doctors and patients heading in opposite directions. Doctors specialising, while patients increasingly have multiple problems.” I was surprised by the responses because I thought this old news, well known. But at the same time I recognise that the ship of medicine, the Titanic I might suggest, is having great difficulty changing direction. We preach health, prevention, and primary whole person care but continue to head in the opposite direction.

One fellow tweeter pointed out that specialisation is unavoidable because of our increasing knowledge (I’d prefer the word information) about people’s problems. My response was that machines are much better than humans at remembering and finding knowledge. Doctors should concentrate on the human parts of caring, if they can remember how.

Another tweeter pointed out the strain put on specialists when they have to deal—as they inevitably do—with the problems patients have that lie outside their specialty. They have to cope with uncertainty, which they don’t like. They might keep referring, but the patients who have seen a cardiologist, a chest physician, a nephrologist, a rheumatologist, and perhaps a psychiatrist have not only generated vast expense but are left in pieces on the floor.

Then the specialists cease to feel comfortable managing emergency admissions with their multiple problems, leaving the few generalists burnt out. I saw this in Dumfries when I visited last year.

Yet despite all this being familiar, I see little sign of medical schools and medical institutions like the royal colleges making serious efforts to stop doctors heading in the opposite direction to their patients.