One noteworthy feature of the innovation of the organisation of services in the English NHS is the fascination with the US and the borrowing of its ideas, models of care, and terminology.  At the same time, there are plenty who caution against this simplistic importation because of the huge differences between the two countries in almost all aspects of their approach to financing and organising services. Accountable care organisations (ACOs) and systems are the latest imports to arrive, this time ostensibly to help integrate and “transform” the NHS.

It seems clear that, irrespective of what ACOs are or are not achieving in the US and what they portend for the NHS, their impact in England will be different—partly because concepts of accountable care in England are different, and partly because the existing healthcare system is so dissimilar. The other striking fact is that current initiatives aimed at greater integration of services are not novel, but have a long history in England.

ACOs are part of a process that began in the mid-1960s—a gradual shift away from regarding the NHS as a collection of separately funded and governed institutions inherited from the early 20th century (for example, acute hospitals, long stay hospitals, asylums, health clinics, and general practices) towards seeing the NHS as a planned system of services and care, for geographically defined populations, funded according to their levels of need.

Seen from this perspective, the period of the commissioner-provider split and supplier competition from 1991 until relatively recently (technically alive, but strategically dead), is merely a detour. The process was given its greatest impetus by the 1974 reorganisation which, for the first time, related healthcare provision and funding to local populations, and shifted responsibility for community health services from local government to the new area health authorities. There was even an attempt to coordinate hospital, community health services, and family practitioner services better, something that remains elusive.

That ACOs are the products of this process becomes clear when looking at their main features. Firstly, an overarching aim related to more “integrated care” and breaking down some of the barriers between NHS organisations (including potential mergers). And secondly, NHS organisations (and local authorities and the third sector, to varying degrees), including providers and commissioners, working together (rather than competing) to meet the needs of a geographic population within a single budget.

Faced with the structural weaknesses and fragmentation produced by the Health and Social Care Act 2012, and struggling with a period of extraordinary financial constraint, ACOs can be seen as a commonsense workaround.  Other commentators see ACOs as a back door route to the disastrous full scale privatisation of both the financing and supply of NHS services. This is based on the possibility that local commissioners will be permitted to go out to tender to procure comprehensive, integrated services for a defined population from newly formed (based on previous NHS organisations, but not necessarily publicly owned), or entirely private, organisations. Given the restricted scope for making profit, private providers would have to raise more money from patients in user charges. Other analysts, including the King’s Fund and Nuffield Trust, argue the opposite—that ACOs are likely, if anything, to reduce the amount of outsourcing of NHS services to the private sector. The government states unequivocally that it has no intention of using these developments as camouflage to require users to pay for services that were previously free at the point of use.

Again, the arguments on both sides seem to miss the point—the main threat to a universal service free at the point of use is more likely to come from long term austerity funding levels, which risk pushing more and more patients to pay for their own services outside the NHS, as Mark Hellowell argues. He points out that there has been a big recent increase in affluent patients choosing not to wait for NHS care. While this has always happened to some degree (especially when NHS waiting times were long), if the service is increasingly unable to meet demand for things like elective surgery and innovative cancer treatments, it could undermine the general population’s support for a tax financed system.

The other challenge to the policy of large scale integrated systems is whether they can achieve the transformation in care that most people accept is needed. It may be that such change will be better achieved through multiple small scale initiatives, many of which have already demonstrated success despite having to contend with structures and policies that offer little encouragement and sometimes even obstructions. As ACOs develop, it will be vital that they support and facilitate the creativity and entrepreneurship of the myriad of health and social care staff and patients who can and want to change the face of services. 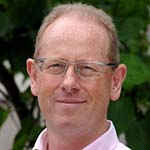 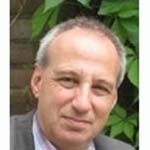