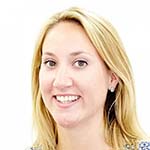 Campaigners have launched judicial reviews of a proposed contract designed to enable NHS commissioners to procure care from accountable care organisations. The contract would allow these organisations to take responsibility for budgets and services in their areas and there are worries that this will open the door to private companies to compete to deliver care to NHS patients. Our work suggests that widespread privatisation is highly unlikely and that accountable care is a promising way of integrating care and improving population health.

The term “accountable care” originated in the United States at the time of President Obama’s health care reforms. By extension, campaigners are concerned that United States companies will see opportunities to enter the NHS with negative consequences for patients and taxpayers. There are two reasons why this is a remote possibility.

Firstly, the context in England is quite different to that in the United States. The principles of a universal and comprehensive NHS funded through taxation and available on the basis of need and not ability to pay is firmly established. These principles will not be affected by accountable care in the NHS which is a way of delivering care rather than funding it.

Secondly, there is little evidence that private companies have an interest in taking on accountable care contracts in the NHS. Constraints on NHS budgets make it difficult for these companies to generate a profit, as in the case of Hinchingbrooke Hospital in Cambridgeshire where the private company, Circle, had to hand back its contract to provide NHS services in 2015 because of insufficient funding. Budgets are even tighter today making it even less likely that the NHS will be seen as attractive by those seeking to generate profits.

Even more important, private companies lack the capabilities needed to lead the development of accountable care. This is because contracts would require successful bidders to deliver a wide range of services, such as hospitals, community services, mental health, general practice, and perhaps adult social care. There are few if any private providers able to do this and there is little prospect that they could compete for contracts successfully alongside NHS organisations.

Areas of England that are pioneering the development of accountable care are doing so without the need to use the proposed contract. These areas are making use of existing flexibilities to join up care around the populations they serve with NHS organisations taking the lead. In many cases local authorities are also closely involved as public sector partnerships are created to improve population health as well as integrate care.

Greater Manchester is an advanced example and is illustrating what can be done in the ten integrated care organisations emerging under its devolution programme. These organisations are developing where NHS organisations work in partnership with others to deliver care to their populations. Similar plans are in the pipeline in South Yorkshire and Bassetlaw and other areas of England.

Far from representing further privatisation of the NHS, these local initiatives mark a decisive shift away from the market based reforms that have dominated the NHS since the early 1990s. The focus is on collaboration rather than competition and on leadership by the public sector rather than outsourcing to the private sector. The aim is to use accountable care to meet the needs of the ageing population through closer integration of services.

Accountable care as a label has become toxic and this is why Jeremy Hunt and NHS England have decided to delay the use of the proposed contract. The priority now must be for NHS England to communicate its intentions much more effectively and change the language being used. The concerns that have been expressed by campaigners and others should be heeded to avoid a promising initiative being derailed.

Accountable care is not a panacea but it is one way of the public sector delivering health and care services more effectively.

Chris Ham is chief executive of The King’s Fund and Anna Charles is Senior Policy Adviser.