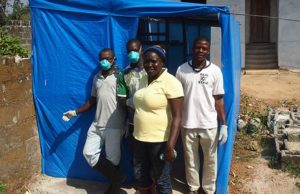 The developed world only woke up to the fact that there was a problem, when the first cases of Ebola arrived in the USA and Europe. Until then, the Ebola epidemic was merely another quaint story from darkest Africa. Apparently, this outbreak was caught from fruit bats, who were being trapped for food. It was the work of a moment for the red-top newspapers to jazz up the story even further. As far as they were concerned fruit bats were just giant vampires, so Ebola started from humans eating vampires, a lovely “paradox” horror story. Add in the possibility of the disease being spread by shamanistic rites with dead bodies and cannibalism, and every prejudice Western man has about Africa was activated.

I realised that I might be of some use when I saw pictures of medical staff managing cases wearing full protective clothing including helmets. I had spent 10 years doing hip replacements in these suits, to reduce infection in patients. Now we were using them to protect ourselves. The problem was that the suits we were to use in Sierra Leone didn’t have an air circulation system, so that in the tropical heat and humidity, within minutes, the suits were virtually unusable. Our visors misted up with sweat, and we overheated. 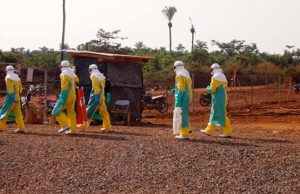 DfID with the Royal Engineers built us an Ebola Treatment Centre in six weeks flat, with a capacity for 200 patients. Except that it was not a treatment centre. We were not treating anyone; we were detaining them until they either died or tested clear of disease. Treatment was limited to basic nursing care, and even that was hampered by the fact that we could only make short visits into the quarantined area. These had to be less than 30 minutes in duration before we risked collapse from hyperpyrexia. The patients needed fluids but we could only see to put up a cannula for intravenous fluids by looking through the tracks of sweat running down the inside of our visors. Hardly the safest way to work with sharps and highly infectious patients.

Our field team were highly trained Norwegian doctors and nurses who were putting their own lives at risk. They knew exactly how they wanted to manage things and just wanted to get on with the job—their way. European headquarters succeeded in delaying and confusing things by sending a veritable stream of protocols, which bore no relation to the reality of the situation in Sierra Leone. However, it did serve to provide a paper trail for them, which would protect them if anything went wrong. 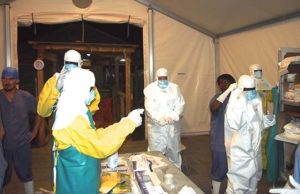 This delay succeeded in sending a clear message to the Sierra Leoneans. This was that a European life was worth an order of magnitude more than an African one. Sierra Leoneans could die in the street outside the treatment centre, while we tried to work around another irrelevant instruction from HQ far away in Europe. Now I know how the soldiers in the trenches must have felt about their generals in the Great War. Matters finally came to a head as we were holding yet another meeting to try to open the hospital. The impasse was finally and elegantly exploded by our brilliant public health doctor who, holding his mobile phone to his ear, announced in the middle of the meeting that the army was on the phone and that the first patients were already on their way. His timing was perfect. Without further ado, the meeting broke up and everyone moved to “action stations.” As he passed me outside he said softly, “Shall I ring them now and tell them to start sending the first patients in?” 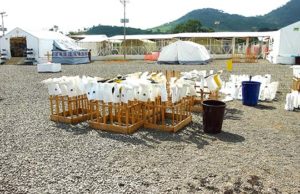 Returning home after an “emergency mission” is always a tricky change of gear. I stepped out of my house into the street the next morning to meet my neighbour walking her dog. She took one look at me, dropped her dog lead, and ran as fast as she could up the road. I have never seen her run before or since. It was a splendid sight, and made me roar with laughter for the first time in weeks.

Chris Bulstrode was a professor of orthopaedics at Oxford and retired early to retrain as an emergency medicine doctor. He was awarded the CBE in 2015 for humanitarian work. He now does locum work in A&E as well as working as a ship’s doctor.