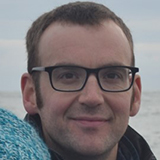 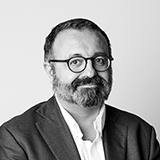 Back in 2007 a diagnostic biopsy from a patient with lung cancer would frequently yield a one line diagnosis from the reporting pathologist; “This biopsy shows non-small cell carcinoma.” A decade on and a similar biopsy frequently generates a report several pages long including immunohistochemistry to subtype the tumour and molecular analysis to identify driver mutations or other markers which can identify some lung cancers as being amenable to targeted therapies with significant survival benefits. Similar testing is today taking place in malignant melanoma, in colorectal cancer, in sarcomas and lymphomas, in brain tumours, in breast cancers and in paediatric neoplasias, among others. Although there are still forms of cancer for which the promise of molecular diagnostics and personalized medicine is not yet a reality, there is no doubt that the era of genomic medicine is upon us and that this is much to the advantage of many of our patients.

One of the objectives of Genome England’s 100k Genomes project is to accelerate the integration of genomic medicine into clinical practice whilst upskilling the NHS workforce to deal with this technological step-change. The proximity to the promise of genomic medicine delivery has made more acute and urgent the need to involve pathologists in the process, but also to train pathologists specifically for that big challenge. As pathologists, these gaps seem particularly apparent in our departments, where laboratory methods and the training of medical and technical staff has focused on producing the best possible microscopic diagnosis, but in which the skills and processes to facilitate molecular pathology are often lacking. The increasing workload in general histopathology which has followed since the 2000 NHS Cancer Plan, alongside a striking drop in the number of active academic pathologists who might be able to integrate new technologies, has led to an unchallenged primacy of morphology in histopathology and with this our specialty risks being left behind as conceptual and technological advances accelerate.

Medicine relies on pathologists to effectively classify disease and pathologists have generally relished this role, particularly in the accurate taxonomy of tumours. The feedback we receive from clinical colleagues, informing us of how our diagnoses more effectively stratify patients for treatment, maintains our speciality’s enthusiasm for this process. Morphology continues to play a central role in the ongoing process of taxonomy, but it’s clear from developments in the cancer therapies, as well as projects such as Cancer Research UK’s stratified medicine programme, that morphological classification needs to be integrated with emerging molecular analyses to be truly relevant in modern patient care. Morphology-based pathology continues to be necessary, but it is no longer sufficient.

The CM-Path initiative was launched in 2016 by the National Cancer Research Institute to reinvigorate academic cellular and molecular pathology in the UK and make these benefits available to a wider community. One key theme of CM-Path considers capacity and expertise in molecular pathology; currently pathologists are trained primarily as morphologists and most have minimal formal molecular pathology training. We therefore suggest increasing the opportunities to deliver molecular pathology training to trainees, but also propose creating an alternative, parallel curriculum and training programme to allow a minority of pathology trainees to gain molecular expertise in specialist centres and qualify as true morpho-molecular pathologists. As consultants, they would be able to bridge our speciality’s existing skills gap and lead the future delivery of molecular pathology, as well as contributing to its research and development. The latter is an ambitious proposal that can only be achieved by close working between the Royal College of Pathologists, the NHS and the wider pathology community. However, if pathology can be successfully upskilled, we will have the capacity to efficiently deliver high-quality integrated morpho-molecular diagnostics, which in turn, has the ability to direct the best possible treatment for individual patients.​

David Moore is a member of the Skills and Capacity Workstream of CM-Path. He is an academic thoracic and molecular pathologist working between UCLH, UCL and Sarah Cannon Molecular Diagnostics.

Competing interests: As part of my NHS contract I am seconded to work sessions at Sarah Cannon Molecular Diagnostics, which is a molecular diagnostics laboratory and part of HCA Healthcare.

Manuel Salto-Tellez is the co-lead for the Work Stream 1 of CM-Path (Skills and Capacity Workstream). He is the Chair of Molecular Pathology in Queen’s University Belfast and the Clinical Director for Molecular Diagnostics in Northern Ireland. He is a tissue pathologist and a molecular diagnostician, and runs Northern Ireland’s Precision Medicine Centre of Excellence (PM CoE)

Competing interests: I am a senior scientific advisor for Philips Computational Pathology, Advisor to Visiopharm, training consultant for Targos, and I sit in numerous ad-hoc advisory boards. I receive honoraria for industry organized lectures. None of these are conflicted with the issue of changing the training framework for the pathologists of the future.