The nature of abortion provision is changing, and professionals must be alert to what any changes might mean for their conscience rights 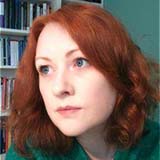 In October this year, on the 50th anniversary of the passing of the Abortion Act 1967, the Scottish government announced plans to allow women undergoing early medical abortion (EMA) to take the abortion drug misoprostol in their own homes. EMA involves medical termination prior to nine completed weeks’ gestation; there were 7,926 such abortions in Scotland in 2016. Women undergoing EMA previously had to attend a clinical setting twice (first to take mifepristone, and again, usually 24-48 hours later, to take misoprostol) but will now be required to do so only once.

The Society for the Protection of Unborn Children (SPUC) has announced its intention to challenge the Scottish government’s decision in the Scottish courts, but abortion rights campaigners have hailed the decision as a progressive move that will make EMA more convenient, private, and comfortable for women in Scotland. Ann Furedi (CEO of BPAS) has pointed out that in England and Wales, a woman who experiences incomplete miscarriage “can be given [misoprostol] to take in the comfort and privacy of her own home, while a woman seeking an abortion must take that same medication on site.” She has called for the UK government to “follow Scotland’s lead and roll out this important policy change across the rest of Great Britain.” The president of the Royal College of Obstetricians and Gynaecologists has likewise praised the Scottish decision as an “admirable” measure and expressed the hope that it will be followed elsewhere. The number of EMAs performed in England and Wales in 2016 was 107,873.

Some campaigners see home use of misoprostol as a “step in the right direction” toward EMA being provided on a fully at-home basis. The decriminalisation of abortion would clear the way for this, by removing the 1967 Act’s requirement that abortion take place in a hospital or other “place approved [for abortion]”.

Providing abortion on a fully “at-home” basis could have significant implications for professionals’ conscience rights, however. For the past 50 years, professionals whose consciences forbid them from participating in abortion have had the right not to do so under section 4(1) of the 1967 Act.  In a BMJ Opinion piece earlier this year, I worried that legislation to decriminalise abortion might inadvertently strip professionals of this right, since the wording of section 4(1) gives professionals a right to opt out of “treatment authorised by this Act,” and abortion that had been decriminalised would no longer be “authorised” by the Act. Any future Bill to decriminalise abortion should address this explicitly, by amending the conscience provision to remove the reference to treatment “authorised by” the Act.

A move toward “home abortion” could have serious implications for conscience rights too, depending on how it operates in practice. The examples cited by campaigners are the USA, Sweden, and France, where abortion pills are provided to women in pharmacies, not clinics.

If there comes a time when abortion pills are prescribed by GPs and dispensed in pharmacies, this would mean GPs and community pharmacists assuming pivotal new roles in the abortion process. The combined figures from Scotland, England, and Wales suggest that they could find themselves prescribing and dispensing drugs for use in well over 100,000 abortions annually. Would section 4(1) provide these professionals with an unequivocal right to opt out?

In 2014, the Supreme Court held that section 4(1) protects only against “direct” or “hands on” involvement. Accordingly, the degree to which GPs and pharmacists would be protected by the conscience clause would depend on whether prescribing and dispensing mifepristone and misoprostol were regarded as “direct” involvement. The logical view is that prescribing and dispensing abortion pills undoubtedly entails moral responsibility for abortion (positive or negative, depending on one’s view of things), and so these actions ought to be covered by the right to opt out. It would be unwise to assume that this view will prevail in the courts, however. Some campaigners have already indicated that they are willing to sacrifice protection for conscience in pursuit of their goal of liberalising abortion law, and the next major court case may well involve an attempt to deny conscience rights to GPs and pharmacists.

When considering possible reform of abortion law and provision, every precaution must be taken to ensure that conscience rights are fit-for-purpose and future-proof. As noted above, this necessitates removing the reference to treatment “authorised by” the 1967 Act. But it also means anticipating how abortion is likely to be provided in future, and including wording that explicitly protects individuals from having to “prescribe or dispense any substance for the primary purpose of terminating pregnancy.”

Mary Neal is a senior lecturer in law at the University of Strathclyde in Glasgow, researching and teaching medical law and ethics with a particular focus on beginning and end of life issues and rights of conscientious objection. She is a current member of the BMA Medical Ethics Committee.

Competing interests: Mary Neal and a colleague have been awarded funding from the British Academy /Leverhulme to conduct interviews with pharmacists about GPhC Standards and Guidance in relation to personal values at work.

2. BPAS had previously sought (unsuccessfully) to establish that it would be lawful for misoprostol to be self-administered at home: British Pregnancy Advisory Service v Secretary of State for Health [2011] EWHC 235 (Admin).