The Scottish Government won a resounding victory on 15 November 2017 when the Supreme Court dismissed an appeal from the Scottish Whisky Association intended to block the introduction of a minimum unit price for alcohol (MUP). The decision, handed down by seven judges, was unanimous; MUP is a proportionate means of achieving a legitimate aim and did not breach EU law. However, this was not just a legal victory, it was an important victory for public health over Big Business and marks a milestone for governments to prioritise the protection of their citizens over trade interests.

The evidence to support MUP is clear: by setting a floor price below which alcohol cannot be sold, the cheapest and strongest products are made less affordable. Such products include strong “white ciders”, which are currently sold at such rock-bottom prices that it is possible to buy the equivalent of 22 vodka shots for just £3.59. These drinks are too often consumed by vulnerable, dependent, and underage drinkers who cause harm to themselves and others. It is precisely these groups who stand to gain the most from MUP. Research conducted by the University of Sheffield indicates the overwhelming majority of lives saved from the measure will be from hazardous drinkers from the most deprived groups. It is predicted that MUP will lead to 120 fewer alcohol attributable deaths and 1,200 hospital admissions in Scotland each year, with savings of £12.1m to the NHS.

While the Scottish Government have been the trailblazers for MUP, as the first government in the world to introduce a nationwide price per unit of alcohol, neighbouring countries have also heeded the evidence. The Welsh government announced plans to introduce MUP in October 2017, legislation to introduce the policy in the Republic of Ireland is currently passing through the Oireachtas, and the former health minister for Northern Ireland made a commitment to MUP prior to the dissolution of the Assembly. Further afield, governments in Western Australia and the Australian Northern Territories have expressed interest in exploring the introduction of MUP, and several Canadian provinces have in place their own form of minimum price.

So what news for England? As UK alcohol harm rates continue to rise, England is subject to 21,000 alcohol related deaths and 1.2 million hospital admissions, with costs to the NHS exceeding £3.7 billion each year. More than 220,000 English children live with an adult who is alcohol dependent and parental alcohol misuse is linked to up to two thirds of child care proceedings. Public Health England published a comprehensive evidence review in December 2016 of effective and cost effective policies to tackle alcohol harm, and MUP was listed amongst the top measures to reduce the health and social burden, along with taxation increases. The impact of MUP in England would be significant, but there is a worrying lack of appetite within Westminster to take meaningful action on cheap alcohol.

The Autumn Budget saw the Chancellor of the Exchequer freeze duty on all alcohol, in real terms making it more affordable. This decision was taken following a high profile and well-resourced lobbying campaign from the alcohol industry as MPs were sent miniature bottles of whisky calling them to “drop the dram duty”. Public health considerations and the needs of the most vulnerable were drowned out by the cheers following the Chancellor’s celebratory “Merry Christmas, Mr Deputy Speaker” following his announcement. A token gesture to raise duty on ciders of 6.9% ABV (ciders are currently taxed at a higher rate above 7.5% ABV) from February 2019 will have little or no impact on the scourge of cheap alcohol across the country.

The judgement handed down by the Supreme Court on MUP stated that governments should be free to value the health and wellbeing of the public over trade interests. The Scottish Government and neighbouring administrations have clearly weighed up the evidence on MUP and placed people before profits. It is high time the Westminster government followed suit so that the population of England is not  left behind. 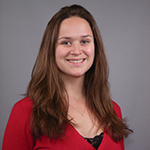 Katherine Brown is chief executive of the Institute of Alcohol Studies, an independent charity that works to advance the use of the best available evidence in public policy decisions on alcohol. 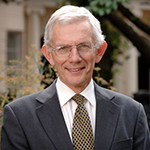 Ian Gilmore is professor of hepatology at the University of Liverpool. He is chairman of the Alcohol Health Alliance.