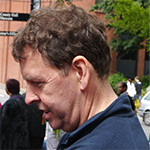 England is going to train an extra 1,500 doctors a year, but where shall we find them and how shall we select them? I believe that we can find them from communities that are under-represented in medicine and should select them for their values, first and foremost.

Universities were able to bid for 1,000 new places in medical schools (500 already having been allocated to existing medical schools) in order to address the long-term shortage of doctors currently pronounced in specialties like general practice and emergency medicine.

In his seminal 2013 report on how to improve the NHS following the Mid-Staffordshire scandal, Don Berwick said: “I urge you to focus on the culture that you want to nurture: buoyant, curious, sharing, open-minded, and ambitious to do even better for patients, carers, communities, and staff pride and joy.” In the race to offer more medical student places, therefore, I want to suggest that existing and proposed new medical schools embrace new ways of attracting and selecting their new students.

Many commercial organisations select on attitude rather than competence since they recognise that training can remedy most incompetence, but poor attitude is frequently intractable. Yet in medicine, since Albert Flexner’s 1910 Report into the parlous state of American medical schools, we have gone about it the reverse way: first we select for attainment, and only afterwards do we look for the other attributes of a good doctor. The consequence of our collective obsession with exam grades has been the widespread perception that to get into medical school you need the best grades, and, since selective and independent schools do that better than most others, medical schools are largely the preserve of young people from those schools. Three quarters of medical students have professional or managerial parents (SEEG, 2014). A high degree of academic capability is needed in medicine, but simple exam grades are no longer an adequate measure of that.

All medical schools want to attract “the brightest and best” students and in many cases this has led to the situation in which most of their students do not come from the local region, and, typically, return to their home area after graduation. With a small number of notable exceptions, this reflects a historic lack of engagement by medical schools with the local and regional workforce needs for doctors and although this is not the only factor responsible, it likely contributes to a number of geographical shortages. (RCP, 2016).

Medical schools should have a strategy and commitment to attract and recruit those students from the “cold spots”—local communities and places that produce few, if any, medical students and have chronic medical workforce shortages. What could these strategies look like? Well, they have to include engagement with schools and with parents and families in those locations. But we will need more, for instance clear pathways into medicine (for example the pioneering work by The Sutton Trust with two medical schools) that combine attraction, outreach, study support, clinical work experience, and then routes to medical school that accredit attendance and completion of the pathway.

Secondly, how could we make the admissions process itself more equitable, one that offers something nearer equal opportunity to young people from communities and schools that are scarcely represented in medical school or the profession at present? Here are a few suggestions. We could restrict application to young people who have worked in a caring role for a significant period, and who can demonstrate a work record consistent with NHS values. A proposal like this was put forward in the Health Education England’s 2015 mandate, 2015. We could impose quotas on the proportions of new students from different social and educational backgrounds or geographies, or, following experiments in the Netherlands, consider employing a lottery (Schripsema et al, 2016). And, lastly, in making an assessment of their academic capability, we could use a measure of applicant attainment relative to the average level of attainment in their school or college. This last proposal would be strongly evidence-based according to a recent commissioned report by the Medical Schools Council (Cleland et al, 2016).

Paul Garrud has worked in medical schools for over thirty years, most recently at the Nottingham Graduate Entry programme. He contributed to the Selecting for Excellence project and has chaired the Medical Schools Council Selection Alliance since 2015.