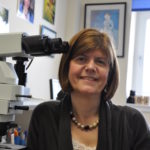 The Secretary of State for Health, Jeremy Hunt, has recently called for coroners to be granted special powers to investigate stillbirths to reduce the number of baby deaths and injuries in childbirth in England. The extent of these special powers has yet to be clarified and though there is a recognised need for the coroner to investigate certain categories of sudden unexplained neonatal and infant death (mechanisms are already in place to cover this); it is not appropriate to extend these powers to all stillbirths and every early neonatal death. All encompassing, non pejorative, and timely local reviews of all such deaths carried out by a team of professionals would lead to a better understanding of the many factors leading to serious injury or stillbirth and subsequently help reduce the rate of these deaths.

Over the past two decades the rate of infant deaths has fallen, but the rate of stillbirth in the UK remains higher than in many other high income countries. Despite this the general public do not perceive stillbirth as a problem which might affect them or their family. It is a hidden grief which can have devastating consequences for everyone it touches.

Perinatal pathologists have a vital role in the ongoing care of these families, not only from the point of diagnosis, but by providing information which may inform care in the next pregnancy. Examination of the placenta by specialists, alongside detailed autopsy allows for the best assessment of underlying disease processes and cause of death. However, skilled examination of the placenta alone can yield vital information and lead to a better understanding of the baby’s death. There may be multiple factors leading to the death which would not be identified by pathology alone and even with detailed autopsy and placental pathology the cause of death may be “unexplained” in a significant number of cases.

So how do we tackle this issue? Every parent has a right to “know” why their child died and to seek answers. The best way to address these concerns is by open non-pejorative review, such as is carried out by the aviation industry after a crash, near miss, or adverse event. I regularly refer to the placenta as the “black box” of pregnancy as it can and does give insight into the in-utero life of the fetus and the mother’s health.

But to facilitate effective review we need to bring all the individuals involved together to examine the facts, discuss the areas of controversy, and assess the many factors which may have contributed to the death. This is too important to be left to one individual. A robust informed conclusion by the review panel requires access to all the clinical notes, cardiotocography traces, the post-mortem, and placental histology findings, and clear communication between all the professionals involved (including the pathologist). It also requires transparency and input of parents views.

Handing the investigation of all stillbirths to the coroner is fraught with difficulty and represents a misperception of what needs to be done to fully investigate these deaths.

The coronial process would lead to the very opposite of a non-pejorative all-encompassing review, as all staff involved in the care would be interviewed by police as agents of the coroner. Staff might feel vulnerable, ill at ease, and defensive when trying to discuss complex matters with police who may not have a clear understanding of the clinical processes involved. This could lead to distraction on over-stretched units, compounding the shortage of staff available to provide front line care.

It is clear that certain cases need to investigated in law and a mechanism is already in place to cover such deaths. Depending on the special powers granted to the coroner to investigate all stillbirths and each and every neonatal death, autopsy may become a requirement in law and decisions regarding the type of autopsy removed from the parents. This will add to the distress of some families. As professionals involved in the care of these families we need to be able to discuss the options for autopsy openly, enabling parents to make an informed choice.

The shortage of perinatal pathologists may lead to coroners in some areas turning to forensic pathologists who may not be trained in this aspect of pathology. It may also lead to delays as the baby and the placenta are transferred to a hospital with specialist services. Delays in carrying out the autopsy may deny parents the right to bury their child according to their custom, thus compounding their grief.

And will the coroner pay for all the required investigations, detailed histology, microbiology, virology, and genetics? There is a risk that pressure could be applied to take fewer samples in order to be more “cost effective.” As perinatal pathologists we routinely take more samples than other specialities, because we are looking not only at the immediate cause of death, but for associated disease that may provide vital information for the management of future pregnancies.

Finally, if the death is investigated by the coroner the pathologist may be denied the opportunity to discuss the care and events surrounding delivery with the local clinicians and the report may not be available in time for the local review, which could lead to a misinterpretation of findings and over-emphasis on certain perceived pathological findings.

Communication is key to decreasing the number of stillbirths and early neonatal death. Local staff must engage with and take ownership of the review process and pathologists must be part of this. Random cases should be selected for further review, to ensure that the local review process matches an agreed National Standard.  Information gleaned from the review process must be shared within the NHS so that lessons can be learned and changes made. In this way we will gain a better understanding of the stillbirths and thus ensure improved care and a reduction in these deaths in all parts of the UK.

Competing interests: I am currently a member of the Scottish Stillbirth Group and the Bereavement subgroup and specialist advisor for MBRRACE. I am past chair of the data collection subgroup of the NHS Quality Improvement Scotland (NHS QIS) programme of work on Sudden Unexpected Death in Infancy (SUDI), 2009-2012 and also of the Scottish Perinatal Mortality and Morbidity Review Advisory Group (SPMMRAG).