Treating violence as a health issue seems to work, so why aren’t we embracing this tactic? 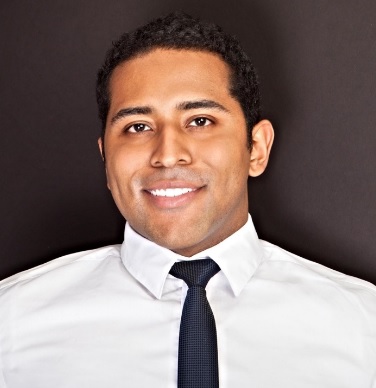 In the first year of my surgical residency, I was taken aback by the number of my patients who were victims of violence. On a trauma shift I witnessed the life drain out of a man’s eyes as we performed futile cardiac massage on him after a violent stabbing attack.

Another night, I choked back tears as I told the parents of a teenager that a gunshot wound likely meant their child would never walk again. Days later, we pulled bullet fragments from the limbs of an even younger teenager. A sinking sensation filled my gut when I learnt that he had been attacked in a retaliatory act of violence for the shooting of the teenager I had treated just the week before.

In medical school, we learnt to deal with the anatomic and physiologic pathology of violence. We were never prepared to address the destabilising aftershocks of violence that surface when surgery is over, resuscitation efforts have ceased, and death certificates are signed. Violence tears families apart and spreads in communities like a disease. In the wake of recent mass shootings—from the Las Vegas shooting last month that left 58 people dead and more than 500 injured, to the church congregation in Texas that was attacked during a service earlier this month—we are reminded that in America we are facing a pandemic.

Seventeen thousand and two hundred and fifty people were murdered in the United States in 2016. US homicide rates have historically been three times the rate of Canada’s and up to 10 times higher than that of many other European countries. Those disparities are in large part driven by disproportionate rates of gun violence in the US. The prevalence of homicide and interpersonal trauma are uniquely American health issues. Violence is sewn into the fabric of our society, and yet we march onward in relative disregard of this reality.

In each case of violent injury and death I’ve encountered as a resident physician, I always sensed that more needed to be done beyond the operating room to save life and limb. Then I discovered that there are organisations out there, like Cure Violence for example, that are directly addressing the cycle of violence in major American cities like Chicago, Baltimore, and Los Angeles.

Cure Violence don’t accomplish their work by taking away people’s guns, increasing mandatory minimum sentences, or deploying heavily armed police forces into neighbourhoods. Instead, they use systematic de-escalation tactics, coordination with local law enforcement, and the deployment of credible messengers who carry out community outreach. They identify victims of violence at partner hospitals and approach the injured patients’ family members and friends with methods of conflict mediation before acts of retaliation can take place. By meticulously collecting data on violent incidents in a neighbourhood, they plot local patterns of violence contagion and target “hot zones” with programmes that emphasise behavioural change.

In New York City there was an 18% reduction in homicides in areas where Cure Violence was implemented, compared to a 69% increase in areas where business continued as usual. In Chicago, the intervention saw a 41-73% reduction in shootings and murders in communities using the Cure Violence approach. Their model mimics the approach of epidemiologists containing an infectious outbreak—and it seems to work.

With every mass shooting, there are fresh calls to address firearm safety and its regulation in the United States. The research unequivocally shows a correlation between lenient gun control measures and an increased number of firearm related deaths. Unfortunately, there are too many people unwilling to grapple with the idea of firearm restriction as a viable means of curbing violence in the US. For many Americans, the perceived right to own a firearm is rooted in culture and personal values that don’t waver in the face of statistics—no matter how somber. Yet that discordance shouldn’t deter our willingness to find common ground on this public health issue. Treating violence as a health issue is working. Why aren’t we embracing this tactic?

Rather than allowing our collective frustrations to boil over and tear us apart on the divisive issue of gun control, we can use it to find other solutions that effect positive change. Research that investigates the contagion like nature of violence in communities should be expanded. And approaches that detect and control violence, like a disease, should be supported by broad federal policy reforms.

Medical schools teaching budding physicians should also incorporate data on violence prevention methods into their curriculum models. The patient encounter is currently a squandered opportunity for physicians to unpick the root causes of violence in a community. Doctors are well acquainted with the physical consequences of violent injuries, but few medical students receive any formal training on how to respond to the epidemic of violence in a systems based manner. If given the tools and support, healthcare providers are capable of taking the lead on policy proposals and community based initiatives to stem the tide of violence in the US.

It is time to address the plague of violence in our country using a public health framework. With almost 50 Americans murdered every day, we cannot afford to wait any longer.

Christian Pean is an orthopaedic surgery resident physician at the NYU Langone Orthopedic Hospital. He is on the board of directors for the global health non-profit organisation Orthopaedic Relief Services International, is a member of the Speakers’ Bureau for Physicians for Criminal Justice Reform, and has published several peer reviewed articles on the clinical outcomes of orthopaedic trauma. Twitter @DrChristianPean

Competing interests: Christian Pean is currently working to implement Cure Violence’s programme at a hospital in New York City, but has never worked with Cure Violence directly. Nothing further to declare.