The words automaton, android, replicant, and robot refer to pretty much the same thing. The word automaton (Greek αὐτόματον, a marionette), describing a device that moves by virtue of a concealed mechanism, entered English at the start of the 17th century and was applied to instruments such as clocks, clockwork toys, and mechanisms designed to mimic human beings. It was later used to describe a human being who resembled an automaton, and then, at the start of the 20th century, came to be synonymous with humanoid robots and androids.

The word “robot”, from a Czech word for forced labour or drudgery, robota, was invented by Karel Ĉapek in 1920 for his play RUR, or Rossumovi Univerzální Roboti (Rossum’s Universal Robots; Figure 1); rozum in Czech means sense, reason, understanding, intelligence. 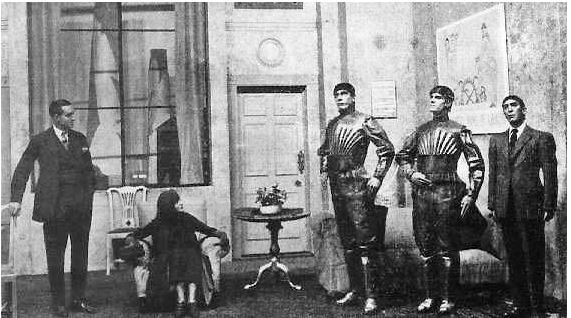 Figure 1. A scene from an early production of RUR

An android is an automaton that physically resembles a human being. That it comes from the Greek word ἀνήρ, a man, seems not to have been seized on by feminists as a sexist slur, perhaps because the female robot in Fritz Lang’s film Metropolis (1927) heads a long line of male and female movie androids of varying degrees of intelligence and ability. Androids also feature in Blade Runner 2049, recently released, only 35 years after the cult movie Blade Runner. The critics and cult fans have given it rave reviews, although some might find the sight of Ryan Gosling wandering across desolate tracts with a vacant expression on his face for two and three-quarter hours merely boring. The two films, based on Philip K Dick’s sci-fi novel Do Androids Dream of Electric Sheep (1968), feature androids of both sexes, known in the book as andys; the screenwriter Hampton Fancher invented the term replicants for the movie. Both films raise the question of what distinguishes humans from machines, biological intelligence from artificial.

Various fictions feature different distinctions between humans and androids. In Star Trek: The Next Generation, for instance, the android Data, constantly seeking to be more like his human co-workers, does so by, among other things, trying to cultivate a sense of humour.

In Dick’s novel empathy is the key: the replicants lack it, while the humans use an empathy box to be put in touch, both mentally and physically, with the religion of the day and its messiah, Wilbur Mercer. The Voigt–Kampff (in the movie, Voight–Kampff) test, which androids fail, tests empathy through physiological differences. But were empathy detected in that way, it would be easy to install the specific effects in an android, as when Star Trek’s Data has an emotion chip installed in his positronic brain. This is also reminiscent of Mark Zuckerberg’s recent assertion that virtual reality cultivates empathy—a good selling point perhaps for his empathy machines.

I have previously suggested that true empathy in humans is impossible; it implies that one person’s brain is capable of being in the same state, anatomically and functionally, as another’s—a sort of replicative empathy, which is clearly impossible. Even if mirror neurons were capable of inducing some sort of fragmentary simulacrum of this, more would be needed to claim that that is empathy. This could imaginably happen if two people shared an experience. I may think that I can evoke experiential empathy when you describe your attacks of migraine, although even then they are almost certainly different from the attacks that I suffer. But what I think is usually the clinical manifestation of empathy, which I have called impressionistic empathy, could be simulated by an android and is what I believe is detected by patients who consider a practitioner to be empathic. The features of impressionistic empathy, as listed in the Consultation And Relational Empathy (CARE) questionnaire, include listening, explaining clearly, showing care and interest, and helping the patient to plan and take control, all aspects of good medical practice that I was taught as a medical student. We would do better to talk about cultivating compassion.

Incidentally, the title Blade Runner has a medical connection. Ridley Scott took it for the film of Dick’s book from the title of a novella by William S Burroughs, Blade Runner (a movie). He in turn took it from a novel by Alan E Nourse, called The Bladerunner. Nourse’s novel is about an overpopulated healthcare system in which only those who have been sterilized qualify for medical care; to offer it to others is a crime. The bladerunner of the title is a young boy called Billy Gimp who illegally provides surgical instruments to a surgeon who is willing to operate on those who are denied care by the system: “At least the Doc had got away—no telling what the cops would have done to him for taking out a kid’s tonsils!” The time line is shown in Figure 2. 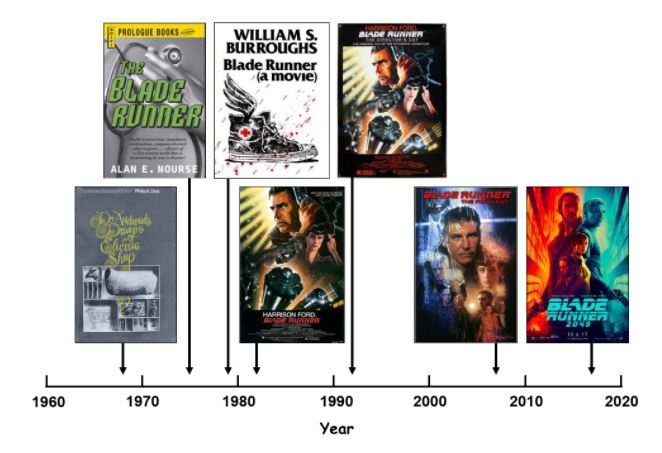 Figure 2. The timeline of appearance of the books and films mentioned in the text; three versions of Blade Runner are shown: the original (1982), The Director’s Cut (1992), and The Final Cut (2007; regarded by some as the definitive version)