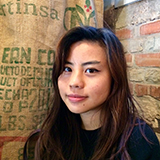 In just six months since the end of April, Yemen has identified over 845,000 suspected cholera cases, quickly surpassing the count in Haiti’s cholera outbreak from 2010 to 2017. But despite the bleak big numbers, recent data has suggested that the epidemic has started to slow down with numbers averaging around 29,000 per week, down from 50,800 per week at peak suspected cases. There is a sliver of hope—but more needs to be done to help those trapped in the country contributing the largest numbers to the world’s biggest humanitarian crisis.

Rachel explained how the current cholera outbreak is a symptom of the conflict, but it is also a failure of preparedness—by both national and international health actors. Cholera is a predictable and preventable disease and can be controlled with very basic public health and “WASH” (water sanitation and hygiene) activities. However, as Nawal noted, the current approach to dealing with Yemen’s civil war and cholera crisis has been a reactive one—too slow and too late.

Cholera is a waterborne disease, which means that unless contaminated water and infected food sources are treated, the disease will continue to persist in communities relying on the infected sources. In the documentary, Nawal travels to rural areas to show that this is exactly what is happening in Yemen: after getting treatment, patients are left without any choice but to continue consuming water from the same contaminated source, continuing the infection cycle. Less than an estimated 30 percent of Yemenis have access to clean water. Part of the reason behind this is linked to the financial crisis in Yemen: public sector workers, including those responsible for managing sewage and sanitation, have not been paid for months. The streets are dirty, water sources are not being maintained, allowing cholera to spread like wildfire.

The economic crisis in Yemen is also severely affecting healthcare infrastructure and personnel. Healthcare workers under Yemen’s Ministry of Public Health and Population have also been working on the front lines without salaries for over a year, and it’s severely affecting their morale and overall capacity to work. These healthcare workers are working in damaged health facilities and sometimes, without even medicines to treat patients. It is not uncommon for electricity to get cut off in the remaining 40 percent of barely functioning healthcare infrastructure. As shown in the film, however, the reality is many Yemenis in rural areas cannot afford the transport costs to travel to health facilities and cannot access any services. The cholera response has been scaled up, but due to access challenges, many communities remain out of reach.

Meanwhile, ships carrying medical supplies and humanitarian aid resources continue to be held at sea, prevented by the Saudi-led coalition from gaining entry into Yemen. Ships then have to use more fuel as they remain at sea, driving up fuel prices. Boiling water is a simple and important way to prevent cholera—but without fuel to burn, households cannot protect themselves in this way.

As the conflict in Yemen persists, humanitarian efforts—for cholera and other basic needs—face serious challenges. Salaries need to be paid, capacity needs to be built, access for supplies and personnel needs to be improved. But ultimately, without peace Yemen remains at risk of cholera and other infectious disease. The country is also facing the largest food crisis in the world with 14.1 million Yemenis at risk of starvation. In her documentary, Nawal said that ‘‘Yemen is already losing an entire generation because of this conflict.” Cholera has been terrible but without food, water, education, and health—without peace—the future for Yemen and its children remains bleak.

Acknowledgement: I thank Rachel Thompson of the Centre on Global Health Security at Chatham House, for her help in editing.