The WHO published a report earlier this year on the global tobacco epidemic in which it reported that comprehensive smoke-free legislation is in place to protect approximately 1.5 billion people in 55 countries. [1] Currently, as many as 168 countries—including Japan—have signed the WHO’s Framework Convention on Tobacco Control (FCTC). [2] However, Japan’s tobacco policy lags behind the FCTC’s standard and is currently ranked the lowest level for smoke-free policy in the world. [1]

In Japan, smoking is allowed in most public spaces including restaurants, bars and workplaces, despite the fact that more than 80% of Japanese people no longer smoke tobacco. [3] The proposal to ban smoking in public spaces is finally being discussed, in part, due to the Olympics which will take place in Tokyo in 2020. The International Olympic Committee, an enthusiastic advocate of smoking control policies, as well as WHO, pointed out that Japan needs to implement legal restrictions on smoking in public spaces in the same way that other nations who have hosted the Olympics have done in recent years. [4] In October 2016, Japan’s Ministry of Health, Labour, and Welfare (MHLW), led by a previous Minister Yasuhisa Shiozaki, proposed a policy plan to ban indoor smoking in public spaces. However, they faced fierce oppositions from pro-tobacco lawmakers and failed to pass the law at the last Diet (national legislature of Japan) which ended in June 2017. Japan is running out of time in order to legislate the ban before the 2020 Tokyo Olympics.

There is sufficient evidence that smoke-free legislation prevents disease burden from tobacco-related health conditions. [5] Studies also suggest that a strict non-smoking legislation does not have a long-term impact on revenues of restaurants and other hospitality industries. [6]

However, the tobacco industry, and food and gambling industries are powerful political lobbies in Japan. What is making Japan’s situation tricky is that the Ministry of Finance in Japan owns 33% of shares of Japan Tobacco (JT), the third largest tobacco company in the world. [4,7] This circumstance makes it easier for tobacco-related industries to effectively lobby and push back on tobacco regulations. Many pro-tobacco lawmakers in Japan are members of Tobacco Caucus of Liberal Democratic Party (Tabako Giin-renmei), and they are proposing a law that imposes minimum restrictions on smoking in public spaces, by allowing each bar and restaurant owner to decide whether to completely ban smoking indoors, display smoking/non-smoking signs, or provide separate smokers/non-smokers areas.

The MHLW proposed a smoke-free policy for all public spaces with no exception, but it was forced to compromise due to political pressures. Despite the evidence suggesting that smoking legislation is only effective when implemented as strict control policy, the MHLW’s proposal excluded bars with floor area of less than 30 m2 from the ban. However, pro-smoking lawmakers are pushing even harder to make it even less impactful by increasing the threshold to 100 m2, under which only 5% of bars and 14% of restaurants in Japan would be “smoke-free.”

Is Japan losing the fight against second-hand smoke? If the silent majority of non-smokers’ voices are not heard because of the vocal minority of smokers, the problem Japan will be facing will be profound. Given that politicians in Japan are often forced to agree with the party’s decisions (known as Tougi-kousoku), it is difficult for individual politicians to vote against the bill. Removing such restrictions may allow Japan to make more rational and ethical choices that would be beneficial for Japanese people in the long-run.

One positive piece of news is that Tokyo is making strides towards a smoking ban, which may have a significant impact on the national debate about a second-hand smoke policy. [8]

Japan is pressed to make a decision between improving the population’s health through a strict smoke-free policy that has become the global standard in many countries versus keeping tobacco-related industries happy through a less-restrictive policy at the price of lives lost from second-hand smoking. It is up to the leadership of Japanese politicians as to whether they will maintain their good reputation as a healthy nation or become dishonourably known as “paradise for smokers.” [9] 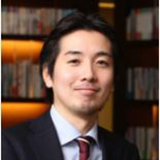 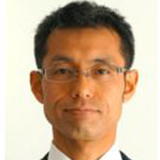 Ken Hashimoto is global health specialist, currently adviser of the Japan International Cooperation Agency for the Ministry of Health in Haiti. 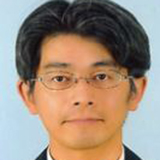 Takahiro Tabuchi is an associate chief in the Department of Cancer Control Center, Osaka International Cancer Institute. His specialties are public health and epidemiology including social determinants of health, health disparity, and tobacco control. 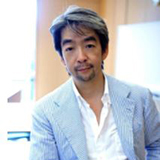 Kenji Shibuya is professor and chair of the Department of Global Health Policy at the Graduate School of Medicine at the University of Tokyo and executive advisor on Global Health at the Japan Ministry of Health, Labour and Welfare.