Harnessing the insights from behavioural science could yield major gains 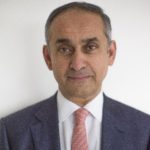 Barely 48 hours before Richard Thaler, the US economist, was named as the winner of the 2017 Nobel prize for economics, Theresa May was announcing an opt out policy for organ donation taken directly from his writings in her accident-strewn speech to the Conservative Party Conference.

Such is the influence of the man credited as a founding father of the science of behavioural economics, or  “nudge theory,” now used by governments in the UK and around the world.

“My mantra is if you want to get people to do something, make it easy,” Professor Thaler told the Washington Post from his base at the University of Chicago. Whether donating organs or joining pension schemes, making it easy means making it the default decision.

The obverse is to make it difficult for people to do things you don’t want them to do. Restricting the pack size of paracetamol tablets cut suicides by 43 per cent in the 11 years after it was introduced in the UK in 1998.

Behavioural economics is being widely applied in the field of public health—and there is huge potential for the future, if we are prepared to grasp it.

Two of our greatest health challenges are that we eat too much and exercise too little. Evidence shows over eating is not conscious, but heavily influenced by cues such as the availability of take-away outlets and the size of portions. Using smaller plates and restricting the spread of take-aways helps people eat less.

On exercise, a recent US study showed individuals who participated in a game with other family members in which they were awarded points based on the number of steps taken increased the distance walked by almost a mile per person per day.

Similar efforts to use gamification and social incentives to change health behaviour have had mixed results. The authors suggest this is because researchers have failed to follow the insights from behavioural economics. For example, in the latest study families were awarded points at the beginning of each week which they lost if any family member failed to meet their target, drawing on the principle that individuals are more motivated by losses than gains.

Social networks are an important influence on smoking, too. If a person’s colleague, friend, or spouse quits smoking it increases their chances by between a third and two thirds. Social norms are often more powerful than messages about risks and benefits.

Behavioural insights such as these could be applied in the field of cancer screening. Cancer survival is lower in the UK and stage of diagnosis more advanced than in comparable countries and screening significantly reduces morbidity and mortality rates.

One approach to boost screening is to identify subsets of non-attenders—a Yougov survey showed retired men consider themselves low risk for developing bowel cancer—and link the screening test to others that may be more familiar, such as dental check ups or vehicle MOTs (“You check the pipes in your car, what about the one in your body?”). Companies making feminine hygiene products might be enlisted to promote smear tests.

In the UK we are fortunate to have the Behavioural Insights Team, originally set up as the world’s first government institution for the application of the behavioural sciences and since spun out as a social purpose company co-owned by the Government. The BIT is dedicated to helping people to make better choices and has given birth to a global movement that now spans 153 countries.

If we are to have success against the crippling diseases caused by poor lifestyles we must use every weapon at our disposal. Harnessing the insights from behavioural science could yield major gains.

Lord Darzi is a surgeon and director of The Institute of Global Health Innovation, established to improve global healthcare through evidence based innovation He was a Labour health minister from 2007-9.

Competing interests: For a full list of registered interests, see the parliamentary register.