Giving doctors time, space, and continuity may actually save money 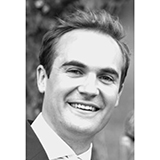 Matt Morgan is right: ward rounds are a messy affair. Despite the Royal College of Physicians’ best practice guidance, the reality of the medical ward round is often an unpleasant race against the clock: consultants are doubled-booked in clinic, there is poor access to functional IT, juniors are sent away to do discharge summaries, no interruption is considered too minor, and absence of nursing staff on rounds is the norm. [1] This whirlwind is a façade of productivity, and leaves much in its wake: nursing staff and junior doctors are left oblivious to management plans, diagnostics and specialty referrals are needlessly requested, and follow up plans are hurried and ambiguous. The ward round is a worn clutch trying to engage medical expertise with the relentlessly spinning wheel of patients in acute general medicine. So why does the medical ward round command such little deference?

Good ward round practice appears to have been considered an acceptable casualty in our pursuit of speedy patient flow and discharge; a function of a healthcare system orientated to financially reward activity rather than outcome. Whether current circumstances are the result of a necessary adaptation or a reluctant sacrifice, and whether general medicine is victim or martyr are up for debate. But is there a better way, and is anyone interested?

Attempts to improve the ward round have tended to focus on increasing interdisciplinary involvement and checklist-driven safety initiatives. [2,3] Meanwhile, the call from doctors such as Matt Morgan is clear: to deliver quality patient care, clinicians need an environment which facilitates clear thinking and considered decision making. I wholeheartedly agree. However, despite the strength of this argument, I worry that a campaign which is seen to be driven by such motivations will fail. Clinicians’ pleas for greater time and continuity are often futile; such luxuries are perceived as unreasonable demands within a financially strained system. I suspect that garnering sufficient interest to fix the medical ward round will require traction through other means: an economic incentive.

My hypothesis is as follows: chaotic, time-pressured, distracted ward rounds result in more investigations, more specialty referrals, more treatment, and more re-admissions. Because it is quicker to “just get a scan” than to deliberate over how the investigation will affect overall management. It is quicker to refer for a cardiology opinion than to discuss within the team whether anticoagulation is the right option. It is quicker to prescribe an antibiotic for a dubious diagnosis of UTI than to watch and wait. It is quicker to get a junior doctor to peel off and write discharge summaries than have them present and privy to the management plan. It is quicker for those absent juniors to write a discharge summary which asks the GP to interpret the results of multiple outpatient investigations, than address these variables on a ward round.

If the above hypothesis is true, then giving doctors back some time and continuity may not only prove safer for patients and better for clinicians, it may also be cheaper.

The broken medical ward round is part of an important conversation, and an opportunity to openly examine how we prioritise resources. If clinician time, expertise and continuity really are valued assets in the provision of safer, higher value care, how is this honoured in practice? The results of a randomised trial in Chicago may promote this question up the NHS’ agenda: the study is aiming to quantify the economic cost of discontinuity and a broken doctor-patient relationship in the care of frequently hospitalised patients. [4] Would our broken ward rounds benefit from a trial comparing standard practice with one dosed with time and space?

Perhaps the ward environment will evolve organically, as teams start to demand the opportunity to practice a more considered medicine? Such a shift may just help rein in our spiralling healthcare costs.