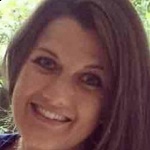 I can pinpoint the exact moment that I truly understood what it meant to be a doctor. It was 7:45 am on a Saturday morning and I had just arrived for the morning handover. I was working the weekend in my old department as a locum, mainly for the clinical experience with trusted colleagues.

I was handed over the task of certifying a death, something that I had previously observed but was yet to perform.  As I walked to the patients’ bay I went over the certifying death procedure in my head: what I would say, what I would do, and how I would document what I had carried out. It is only with hindsight that I realised the imagery I had created was of an elderly person, frail looking and in some ways almost expected to pass away. However, as I entered the ward, I could see from the look of the nurses that something was different.

As I approached the bay and gathered the information I was struck by the name in the notes. The patient was a man I had met during my first week as a doctor. He had a complicated medical history compounded by severe learning difficulties but there had been a need for multiple surgeries. My heart sank as I realised the end had come far too soon for a patient whom I had come to know and care for. What happened next surprised me.

As I entered the room I was overcome by a sudden feeling of relief. I hugged and held the mother of the patient. I felt I was able to offer genuine words of comfort to someone I had known in better days. Performing a somewhat impersonal task felt personal and warm and I think the family and I both took comfort in the fact that I didn’t have to introduce myself or explain my role.

I have since certified countless deaths at all hours of the day, and it has often been in front of families of patients I have never previously met.

However, I will not forget how my first experiences of both death and locuming provided an important and irreplaceable lesson for me as a doctor: death is unpredictable and above prejudice; it is personal and it is a privilege for doctors to be present at the end of their patients’ journeys.

Hannah Wilson is an academic doctor at Imperial College NHS Trust, London. Her interests are in education and training in medicine