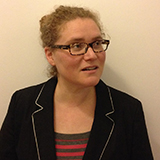 The older population in every country in the world is growing.1 In several high income countries, the increased health burden of older people on public spending is occurring at a time of austerity, reducing the means with which to address this issue year on year. As a consequence, there is a growing focus on anticipatory and advance care planning and the development of new models of health care delivery to optimise scarce resources in maintaining people’s wellbeing and ability to live at home for as long as possible.2,3 As well as improving people’s quality of life, economic savings are made by minimising unnecessary time spent in hospital. This can be achieved by reducing avoidable admissions to hospital, creating efficient systems within hospital, and developing a discharge pathway for those deemed medically “ready for discharge.” One reason for remaining in hospital beyond this point is a lack of advance directive, which gives durable power of attorney to a surrogate decision maker.

In Scotland, a person can only make welfare and healthcare decisions for an incapacitated individual if they have been granted appropriate powers, usually as a guardian or power of attorney (POA).4 Registering a POA ensures a person’s human rights are preserved,5 and avoids putting families through the lengthy process of obtaining a guardianship order. Nevertheless between the introduction of the Adults with Incapacity (Scotland) Act of 2000 and March 2017, only approximately 520,000 POA applications were made.6,7 Many of those would have been for those aged under 65 years and many will have subsequently died. There are currently approximately one million Scots aged over 65 years.8 Therefore, even assuming all of these applications were for older people that are still alive, this would mean that currently in Scotland there could be half a million older people at risk of finding themselves in hospital with no POA. Low completion rates of advance directives are similarly reported elsewhere.9

Bed days lost to delays in discharge reduced in Scotland during 2015/16, for all but “complex” reasons, which has seen a year-on-year increase since 2012/13.10 In March 2016 almost 12,000 bed days10 were occupied, due to a “complex”, or Code 9 reason. Code 9 patients are those whose discharge is considered to be outwith the control of local authorities. This would include adults who lack capacity and do not have appropriate powers in place to allow discharge. A proportion of Code 9 bed days is therefore due to not having an appropriate POA in place.

A primary reason given for not having registered a POA is a lack of awareness of the need for one.11 A media campaign in 2014 increased registrations by 25%.6 Though successful in the short term, longer term strategies are needed to increase registrations. This should be part of the public health policy agenda in response to population ageing, not only in Scotland but in other countries where similar legal requirements around advance directives apply. I propose the following actions that could help to raise awareness of the need for POA among the population, and the implications of low uptake among policy makers:

Kate Levin is a senior researcher at the Public Health Directorate, NHS Greater Glasgow & Clyde,
responsible for evaluation of several projects under the Reshaping Care for Older People and
Integrated Care programmes.

Competing interest statement: KL receives funding support from Glasgow City Council. The submitted work reflects only the views of KA Levin and not those of GGC.

8 Office of the Public Guardian (Scotland). OPG takes steps to deal with rising demand for PoAs.