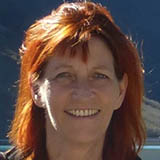 I experienced how devastating an HIV diagnosis feels, despite my access to excellent healthcare. HIV can fill you with trepidation, and being diagnosed during pregnancy, with another life to consider, can be overwhelming. People with other long term conditions, rightly, are offered love and support but this is still rare for women living with HIV.

Despite advances in treatment and long term survival, women can fear and experience violence, both at home and in healthcare settings, after diagnosis. This can be a major barrier to treatment access and adherence. Pregnancy alone can provoke violence against women; HIV can exacerbate this, since most women are diagnosed during pregnancy. Thus, pregnant women who are newly diagnosed are juggling their baby’s survival; their own mental, physical, sexual, and reproductive health; potential violence; and the implications of a HIV diagnosis. They need all the support they can get: to maintain their own wellbeing; to transition to motherhood; and to protect their child’s health. From the first meeting, healthcare providers must ensure their rights to confidentiality, respect, support, information, and informed choice about what is best for them and their baby.

A recent set of articles on HIV in pregnancy, published by The BMJ and BMJ Open, raises concerns that some combination anti-retroviral therapies (cARTs) may harm babies. This highlights the need for changes to current WHO practice towards pregnant women living with HIV, which is no doubt well-intentioned but ill thought-out.

These concerns were first raised in 2011, when UNAIDS initiated the Global Plan Towards the Elimination of New HIV Infections Among Children by 2015 and Keeping Their Mothers Alive. Many women living with HIV raised concerns both about the language used and the plan’s absence of women’s voluntary, confidential, and informed choice. It soon became known as the “elimination plan” and fuelled criticism of women who “dropped out” or “failed” treatment rather than reflecting on why women might be driven out of care.

This was followed by WHO’s Option B+ policy in 2014. This recommended lifelong treatment with antiretroviral drugs for all pregnant women with HIV, irrespective of CD4 count; and for all children from birth to 4-6 weeks. Some argued that it affected their rights to informed choice. Many argued that if women did not start and adhere to treatment they were being blamed, rather than policymakers acknowledging the barriers to treatment that women faced, including poverty and violence. Treatment should be a choice not a compulsion. Others have also questioned the ethics of Option B+.

In 2016 WHO guidelines recommended that everyone, regardless of sex, start treatment with cARTs as soon as they were diagnosed, and for the rest of their lives. This might sound more equitable, but, as these new BMJ articles illustrate, pregnant women are still being short changed.

Women’s intrinsic rights over our bodies should be prioritised. Women should be offered informed choices just as men are offered voluntary medical male circumcision for HIV prevention.

Thankfully, there are signs of change. The new director-general of WHO, Tedros Adhanom Ghebreyesus, has responded positively to a recent request for a standing advisory group of women living with HIV to support more people centred WHO policy developments. A recent women centred guideline on sexual and reproductive health and the rights of women living with HIV was developed by the WHO’s Department of Reproductive Health and Research. As with the rapid recommendations, this welcome advance was shaped by a prior global survey led by women living with HIV, in recognition that randomised controlled trials alone do not adequately consider the hows and whys of people’s lives. This has set a new WHO standard for patient centredness.

Meanwhile, what should WHO do in light of this new information? WHO’s director-general could insist on breaking through traditional disease focused departmental siloes to promote greater cooperation and people centred policy development. The HIV department could conduct a review of all its policies regarding women living with HIV and ensure women’s rights to informed, voluntary, and confidential choice about if, when, and how to start treatment safely, which treatment to consider, and how long to take it. Since women often face violence as a result of HIV treatment the almost complete omission of any mention of violence from WHO’s 2016 treatment guidelines must also be rectified. Then we might see significant sustained global improvements in the lives of women living with HIV; and their children.

Alice Welbourn is a researcher, trainer, writer and activist on gender and sexual and reproductive health and rights, in the context of HIV and violence against women. She is founding director of the Salamander Trust and has been living with HIV for over 25 years.

Competing interests: “I declare that I am a woman living with HIV and, as founding director of the Salamander Trust, have been collaborating on several programmes over the last 3 years and currently, with UNAIDS, UN Women, WHO and others regarding the inter-sections of HIV, Violence against Women, Sexual and Reproductive Health and Rights and gender. I have no personal financial gain from any of these programmes. I have worked and/or co-authored papers with Sophie Dilmitis, Teresia Otieno, Florence Anam and Susan Bewley over the past 36 months.”