For many young cancer survivors, the impact of cancer does not stop when treatment does 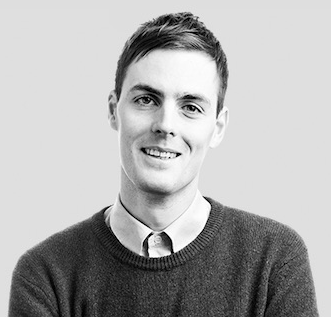 There was a sense of purpose in the air at the Youth Cancer Europe (YCE) annual meeting in Vilnius last week, as over 100 attendees from 22 countries gathered to discuss the most pressing issues facing young people who have successfully survived treatment for cancer or are currently undergoing treatment for it.

The meeting connected a new generation of patient advocates, providing a platform for people to share experiences and work on a collective action plan to transform the way the medical profession engages with young cancer patients.

YCE was founded in 2014 by Šarunas Narbutas, who underwent treatment for chronic myeloid leukaemia when he was 18 and is president of the Lithuanian Cancer Society, together with Shajjad and Katie Rizvi, founders of the Romanian cancer charity Little People. Membership of YCE is open to young cancer patients and survivors aged 18-39 and its founders have set ambitious goals:

The aim of the Vilnius meeting was to shape YCE’s agenda for 2018, set targets, and elect people to take responsibility for achieving them. An energetic and friendly group from the Lithuanian Junior Doctors Association kindly facilitated the meeting, capturing key discussion points and organising evening activities to permit an opportunity to share experiences and forge friendships in a more relaxed setting.

The conference began with a series of 10 country presentations, sharing examples of best (and sometimes worst) practice from across Europe. This offered an insight into the growing cluster of cancer forums and networks set up by and for young people across the continent, from the Netherlands to Serbia, Moldova to Cyprus.

From the speakers’ talks, it became clear that many countries in Europe have set up supportive patient networks, such as the Romanian Community of Childhood Cancer Survivors and Young Adults (Temerarii), the UK’s Clic Sargent and Shine Cancer Support, Portugal’s Acreditar and Barnabés, the Czech Republic’s Pink Bubble, the Dutch Childhood Cancer Parent Organisation (VOKK), Israel’s Flute of Light, Cyprus’s Association of Cancer Patients and Friends (PASYKAF), the Lithuania Cancer Patients’ Coalition (POLA), and more.

The message these networks convey that “you are not alone” is incredibly powerful, but solidarity is only a first step. The challenge for these nascent groups and networks is achieving change in health systems. The conference’s organisers shared the view that national groups stand a better chance of bringing this change about if they work together with their peers across Europe and this is what YCE aims to achieve.

Varduhi Sargsyan from Armenia, who underwent treatment for Hodgkin’s Lymphoma in 2016, spoke eloquently about the challenges facing many patients in Eastern European countries. There is not enough state funding for cancer treatment, those who have health insurance often find the cost of their treatment is not covered, and those who are eligible for state funded treatment often have to spend months on a waiting list before they get it. As a result, the first thought for many when they get a diagnosis of cancer is how to find funds to pay for treatment abroad. For some, she said, “a diagnosis is seen as a death sentence.”

Discussion uncovered the fact that many patients hide their condition, afraid of losing the opportunity for a relationship or of what their friends will say. Even in countries held up as a model for others to follow, such as Sweden, there is significant room for improvement—as this heartfelt blog post from one conference participant shows.

In answer to the question “What do young people with cancer want to see change about the way they are treated?” the first wish was equal access across all countries in Europe to the most effective medical treatment. The second was that health professionals should not regard the achievement of clinical remission as “job done.”

The impact of cancer does not stop when treatment does or once the disease is no longer deemed active. For many young cancer survivors, support is needed for them to reintegrate back into academic or working life. In many countries longitudinal support for patients is poor and “joined up” follow-up care is often a pipe dream. The late effects of being diagnosed and treated for cancer are, delegates agreed, often appreciable—not least on people’s mental health—and this is one area where action is needed to counter what appears to be a pervasive neglect of mental health issues.

YCE’s mission is to try and ensure that health professionals’ knowledge, attitude, and clinical practice change. To stimulate debate on how to do that a panel discussion was held. Delegates agreed that change is only possible if you get the ear of the “right people,” tell them what the problem is, identify a practical solution, and show patience and resolve over the long term to ensure that when action is promised, it then happens.

Persistence is important too. A leader of the Lithuanian Junior Doctors Association cited the Dalai Lama’s view “that if you think you are too small to make a difference, try sleeping with a mosquito.”

The final day of the meeting was spent outlining YCE’s activities for the next 18 months. This included setting up several working groups. One to organise a face to face capacity building session for 25 patient advocates in April 2018, aimed at helping national cancer groups influence health policies in their own countries. A second group will run policy events in the European Parliament in October 2018 and March 2019. A third will create easy to understand information about the latest cancer research/treatment by collaborating with scientists and researchers and promoting this material through platforms such as YouTube, social media, and the YCE website. A fourth will focus on communications, for example, telling YCE’s story and working to expand the network. A fifth will focus on fundraising. Five board members were elected to direct these activities and support YCE on the next stage of its journey.

As a carer for a patient with cancer and someone committed to helping young people have a greater influence on health policy and practice, I left the meeting hugely impressed with the courage and commitment of the participants. I have little doubt that they will exemplify the maxim attributed to Margaret Mead: “Never doubt that a small group of committed citizens can change the world. Indeed, it is the only thing that ever has.”

Nick Smallwood is a lawyer at Cambridge University Press. He is also an occasional journalist covering sport and medicine.