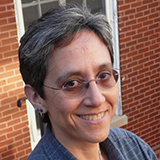 Recent events in the United States in Charlottesville, Virginia have reverberated around the world.1-11 They commenced with a horrifying “Unite the Right” conclave where alt-right white supremacists and neo-Nazis openly joined in a terrifying torch-lit evening rally and daytime demonstration, both replete with Confederate and Nazi symbols, slogans, and myriad assault rifles. Their violent rally led to the death of a non-violent supporter of human rights (Heather Heyer, age 32), and 34 other protesters were injured, five critically.1-3 According to the US Attorney General, Heyer’s death may be investigated as both a hate crime and as domestic terrorism.3 Heyer’s death adds to what the New York Times has termed a recent “string of killings” by US far right militants.4

Add to this the shock of Donald Trump, the President of the United States, failing to offer unequivocal condemnation of the white supremacists and neo-Nazis, and instead claiming that both sides were to blame for the violence. He even went as far as to assert there were “very fine people” in “Unite the Right” mob.5,6 Trump’s comments elicited not only national but international condemnation7,8 and also triggered a surge of fear among targeted communities. Many protests were organized in response, premised on a politics of inclusion, diversity, dignity, and human rights.9-11

So, with mortal violence, serious injuries, psychological terror, and the psychic and bodily toll of chronic threats and fear among the health outcomes at stake, one would have to say that hate crimes are a public health issue.

Affirming this view, in the immediate aftermath of Heyer’s death, on 14 August 2017, the American College of Physicians (ACP) posted on its website a timely document approved by its Board of Regents in July 2017.12,13 Titled “Position statement on recognizing hate crimes as a public health issue,” the document opposed both hate crimes “directed against individuals” and “legislation with discriminatory intent” that target “race, ethnic origin, ancestry, gender, gender identity, nationality, primary language, socioeconomic status, sexual orientation, cultural background, age, disability, or religion.”1 It called for more research on the public health impact of hate crimes and on interventions to prevent them and to “address the needs of hate crime survivors and their communities.”

In a time of such raw political turmoil and fear, the ACP document is a welcome statement.

But is a focus on hate crimes and discriminatory legislation sufficient?

These hateful crimes and legislation are, from a population and structural perspective, the tip of an iceberg,14-16 one whose bulk and form were rendered visible by recent headlines1-11

As some colleagues and I discussed in a recent analysis in The Lancet, it is critical to identify structural racism is a key determinant of population health. And yet, policy makers are reluctant to identify racism as a root cause of health inequities. Making sense of the causes of health inequities and developing meaningful steps to rectify them, however, requires addressing “interconnected institutions, whose linkages are historically rooted and culturally reinforced” and “the totality of ways in which societies foster racial discrimination, through mutually reinforcing inequitable systems (in housing, education, employment, earnings, benefits, credit media, health care, criminal justice, and so on) that in turn reinforce discriminatory beliefs, values, and distribution of resources, which together affect the risk of adverse health outcomes.”14

The value of a structural analysis for identifying causes and developing remedies14 is underscored by an investigation of the last half century of racial injustice in Charlottesville that the New York Times published on August 19, 2017. Digging deeper into the iceberg, the analysis focused on links between racial discrimination, voter suppression, and the 1960s destruction of Vinegar Hill, then Charlottesville’s “thriving black cultural and economic hub.”  The report pointed to a crucial fact, well-known to the black community but long disregarded by the white residents: 10

— “In a time when a poll tax kept many black residents from casting ballots, Charlottesville held a referendum [in the early 1960s] and decided, by a margin of just 36 votes, to raze Vinegar Hill for redevelopment. Hundreds of residents and 29 black-owned businesses were displaced … Most never reopened, and generations of black families have been trapped in public housing complexes since then, or have left town altogether.”

Crucially, the article also points to how new leaders in Charlottesville have used this type of structural analysis to inform some potential solutions:

— “The same day it voted [February 6, 2017] to remove a statue of Robert E. Lee from a park – a move that white supremacists descended on the city to protest – the City Council did something that got much less publicity. It unanimously approved a $4 million spending plan to address racial disparities. Over the next five years, about $2.5 million is to be used to redevelop public housing; $250,000 will go to expanding a park in a black neighborhood; and $20,000 a year will pay for G.E.D. classes for public housing residents. Activists call it reparations for the destruction of Vinegar Hill and other black neighborhoods here.”

The same day this New York Times article was published, I was one of 40,000+ counter-protesters who on 19 August 2017 stood up to what turned out to be a puny band of perhaps 50 alt-right advocates, so miniscule they could not even fill up the small Parkman Bandstand in the Boston Common where they gathered.11 We at the Harvard T.H. Chan School of Public Health and colleagues at Harvard Medical Indivisible organized, on the fly, a contingent of 150+ health professionals to join the counter-protest, whose call to action was likewise guided by a structural analysis of racial injustice. It declared:

“While it is our intention to send a message to those who would subject marginalized communities to domestic white terrorism, hate speech, and violence, we also stand in opposition to the most insidious and deadly forms of white supremacy. These include, but are not limited to: mass incarceration, income inequality, anti-immigration initiatives, police and local law enforcement, and housing and employment discrimination. … This supremacy is upheld by all who benefit from it.” 17

For many, including myself, the strength of our numbers both provided balm to traumatized spirits and steeled resolve to fight together for justice, as captured by the words of one call-and-response chant that wove together the threads of what solidarity looks like:

To melt the iceberg of injustice, we, as health professionals, must not only tally the population health burdens due to social and economic injustice and show that equity leads to health equity, but we must also work with others in all sectors of society to expose and challenge the ideologies, agendas, and actions of individuals, organizations, and political parties who directly benefit from hate and inequity.

Nancy Krieger is Professor of Social Epidemiology and American Cancer Society Clinical Research Professor, in the Department of Social and Behavioral Sciences at the Harvard T.H. Chan School of Public Health (HSPH) and Director of the HSPH Interdisciplinary Concentration on Women, Gender, and Health.