Every time the story of an organ donation is told, that path is more fully trodden

There is a way of making paths in public places in Japan. The ground is cleared, then people are allowed to walk across it any way they want. Paths form naturally, following the contours of the land and also (I believe) following those who go first. When the marks of many feet are clear, then paths are laid and they become an accepted part of the scenery. In life our feet will falter when there is no path. We hope that we will never lose a child, we do not rehearse for this unthinkable possibility, and when tragedy does strike, we must cross unfamiliar territory. A bereaved parent will look across barren space and hope for even the vaguest signpost.

At this month’s ceremony for the 2017 Medical Journalists’ Association UK Awards, I watched the prize for best case study go to Caroline Scott, who wrote about the death of 22 year old Tom Wilson in a freak hockey accident. Tom had joined the organ donation register before he died and his family honoured his wishes. The story laid out the events in processional detail—it was almost a play, with carefully laid signposts of their journey. At the end I felt relieved: I would know what to do if it was my child, and I would have some idea of how it might feel.

Please read Tom’s story as a parent or family member, not as a health professional. It makes a path through the wastelands of bereavement. It sets a small row of white pebbles leading towards a horizon. We learn that Tom still looked beautiful after they had finished the organ donation surgery. That his organs were “exemplary.” That letters arrived from the family of a 2 year old girl who was given part of Tom’s liver. This story shifts the dial towards normalising organ donation.

Although more than half a million people die in the UK each year, only around 1% do so in circumstances that allow organs to be donated. The removal of such organs must be timely: where someone has made their wishes known in advance and their loved ones are aware, it runs smoothly; when intentions are unknown, it is harder. In 2015/6 the consent rate for potential donors from black, asian, and minority ethnic communities was almost half that of white patients (34% compared to 66%). NHS Blood and Transplant says that if 80% of families approached to donate a relative’s organs said yes, more than 1000 additional transplants would take place in the UK each year.

What needs to happen is a more open discussion of donor registration—around family tables and in our schools, universities, and workplaces. Perhaps there could even be a way of badging our choice on social media platforms so that our decisions become known. We especially need stories from ethnic minority families. The best advertisement for organ donation is hearing that someone you can identify with, or who you know and trust, has signed up.

We have funerals, wreaths, memorial services, readings, candles, wakes, engraved headstones, donations to charities, sports tournaments, endowed professorships, scholarships, buildings named for the beloved, park benches by the duck ponds where they fed wild fowl with unsuitable bread, marathons we may run a few years after the devastation of an early death that blasted our hinterlands before we moved bleakly on. Now we can add organ donations. We always could, but it just felt a bit awkward. Every time the story of an organ donation is told, that path is more fully trodden. 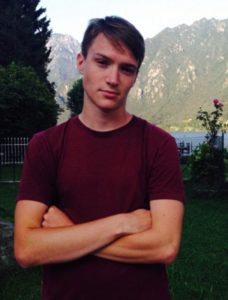 When Tom died what was really lost was his potential. What he might have done: Sunday brunch, an act of bravery, getting promoted at work. What he might have been: a parent, a child to aging parents, an inspiration. All wiped out, except that last one. When Tom’s parents signed the consent form to turn off his life support, his organs and tissues went on to help up to 50 other people. They will have a chance where chance was gone: extra years of life, better health, recovered vision. They were gifted the potential that he lost.

And that beats a park bench any day.

Mary E Black is head of digital strategy at Public Health England. She is on Twitter @DrMaryBlack.