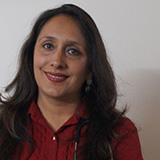 Reports of violence against doctors in India are no longer rare instances. They have become an everyday feature in the media. But finally doctors have started to fight back. Almost 4000 resident doctors in the state of Maharashtra went on strike to protest against incidents of assault, their only demand being better security in their workplace.

These incidents of violence have until recently been underreported and understudied, and mostly existed as anecdotal cases. However, studies from tertiary care hospitals in the country reveal that almost half of the doctors have faced some form of violence in the workplace. A significant proportion of this was physical, although the majority was verbal. Mostly violence is targeted at young resident doctors working in the emergency departments of overcrowded public hospitals.

The reasons are diverse, and rather than the patients or doctors being responsible, the fault seems to lie in the system. Much of the profession has been commercialized. Private medical colleges charge hefty fees, which leads to doctors charging high fees from their patients so that they recover their investment. By the time the patient reaches a public hospital, not only have his finances been drained, but so has his patience, and by then their medical condition will have advanced. A lack of proper communication between doctors and patients, a low ratio of doctors to patients, and unrealistic expectations of what doctors can achieve, could be other reasons for these assaults.

The triggers may be varied, but the common factor is the apathetic attitude of the administration. There have been hardly any convictions even though many cases have been reported to the authorities. The result is that doctors are afraid to work in hospitals without appropriate security. People who joined the medical profession with a view to serve humanity, are now discouraging their children from becoming doctors. It is now considered a career with high inputs in terms of money, hard work, and time, but with very low outputs compared to other careers.

The solution is not just providing a safer work place with adequate security, but also bringing about a change in attitude of all concerned, be it the health professionals, the public, the authorities, or the system. Incorporating communication skills and counselling in the curriculum of doctors would improve the communication of younger medics. Older medics have usually acquired this with experience. Changing the mindset of the general public could be helped by a responsible media. Sensationalizing medical errors even before they are proven only increases the public’s distrust towards doctors. This applies to both ends of the spectrum. On one hand it is believed that doctors are akin to God and medicine is magic, while on other hand it is assumed that all doctors are in the profession for their own commercial gains. These mindsets will only worsen the situation. The authorities need to make laws where assaults on health professionals are dealt with firmly, to set an example and deter such instances in future. And finally, a major change in the system is required where peripheral hospitals are better equipped to deal with simple cases so that the load on tertiary centers is reduced. We need more manpower in terms of medical as well as paramedical staff, and appropriate security arrangements to make hospitals safe for everyone working there. Another small step towards this end would be to increase the health budget allocation from the current meagre expenditure of 1.2% of GDP, while the WHO recommends an expenditure of 2.5-5% of GDP.

This issue is very complex, and the best approach to deal with it will have to be multi-pronged so that our hospitals remain areas of compassion and healing, and the best students of our society continue to choose the medical profession as a career option.

Shivani Randev is a paediatrician, currently working as assistant professor in paediatrics at the Government Medical College and Hospital, Chandigarh, India.