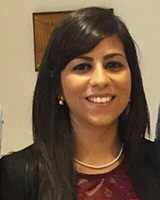 I’m a millennial. We’re defined as those currently aged between 20 and 37, often cited as one of the great scourges of modern times. Apparently, the year I was born and a liberal parenting style have churned out an adult living in a state of perpetual adolescence, with no meaningful relationships, no real job satisfaction, and an inability to function without a smartphone.

Reading the stories that followed the speech, I too would have choked on my skinny flat white and glared at my I-device in outrage—had I not been there. And in case my millennial-shaped attention span had missed something, I watched it back again. [2,3]

It was a brief comment taken out of context. And it’s unfortunate that the more pressing questions he raised around nursing shortages and retention were lost.

Here’s the remark that attracted so much attention: “our workforce are choosing to work fewer hours. Part of this is because of generation Y and Z and millennials starting to come through, who are increasingly not wanting to work the same number of hours that many of the baby boomers and generation X want to work.”

He also cited evidence from NHS Digital that the average GP worked 90% of full-time hours in 2009, equivalent to four and a half days. But now the figure is 83%, closer to a four-day week.

This is worth a closer look. Given his comment specifically referred to millennials and GPs, and I’m a crossbreed of these, that’s where I’ll focus.

Firstly, I question whether the data truly captures all the patient-facing work that GPs do. Many have additional posts in other clinical settings, such as out of hours, A&E, and specialist services like prisons. It’s hard to account for all of these, and may lead to an underestimate of our total clinical work—which NHS Digital itself acknowledges. [4]

Secondly, if we assume that we are doing less patient-facing work, how is that extra time being spent? It’s hard to measure, but it feels as though barriers to other roles have been lowered. Combining leadership, education, and academic posts with clinical work feels like the norm now. Perhaps we’ve succeeded in encouraging the younger generation to play a bigger part in building their future. I think social media has also helped to flatten hierarchies and make these opportunities feel more accessible. This will (and should) only increase, especially with Moore’s law fuelling any technology-driven disparities between sequential generations.

Finally, let’s consider for a moment the premise that GPs are working less. Why might we be making that choice? The demands on our time are rising, both from increasingly complex patients and from the administrative work we’re asked to do. And perhaps (God forbid) we’re are looking for a better work-life balance. But I doubt many “baby-boomers” would begrudge us, even if they climbed the ranks at a time when such choice was far removed from cultural norms.

It’s hard to make any useful inferences from one comment that used a statistic covering a short time frame, from one strand of our workforce, that’s notoriously hard to measure. That didn’t thwart many attempts to do so of course. But the more important question we should consider, which I believe Ian Cummings was trying to highlight, is how can our system adapt to accommodate this trend?

If my generation are seeking greater flexibility, we need to create roles that allow them to have more control over their time, and offer opportunities to contribute to other parts of the system. Another part of the answer will come down to working differently, for example, with allied health professionals consistently embedded in larger teams.

It’s also worth asking another question: are we currently training a workforce to meet the needs of the population they’ll be treating? The burden of chronic disease will only increase, and the mantra around shifting care closer to home is getting louder. Looking at the mix of our clinical workforce, I think we’re going to need more GPs than ever before.

But at the same time exposure to general practice at medical schools has plateaued. [5] We have a “foundation programme” that’s producing doctors that may never have stepped foot inside a general practice—the foundation of the NHS—save for a few weeks in medical school. We drown social media channels in negativity about the state of general practice, yet the signals that sends might fuel the very problem we’re trying to raise. That doesn’t add up.

Going back to the headlines, I think it’s easy to be seduced by arguments founded on generational pigeonholing. And frankly, there will always be older people who complain that younger generations fail to adequately adhere to established social norms.

But behind the newspapers’ outrage lies a more pertinent question: how can we attract and retain a workforce that may be developing its own set of social norms?

Because the truth is simple. When our land is submerged under melted ice caps, it’ll be us millennials that will keep the system going (as long as the next iPhone is sufficiently waterproof).  And that’s a future we should be preparing for now.

Nishma Manek is a GP trainee. She’s taken a year out of training to take part in the national medical director’s clinical fellow scheme, currently working at NHS England.