The decision of the US President to quit the Paris Agreement will not trump that momentum.

On 1 June 2017, US President Donald Trump announced that the US would leave the Paris Agreement. Years of negotiations led to this agreement being signed by 197 countries in 2015. The only countries not to sign were Syria and Nicaragua–and the latter only didn’t sign because it wanted a more ambitious deal to tackle climate change. This international support, unity, and drive makes the 2015 Paris Agreement on climate change a historic achievement.

Never before had an international climate accord been agreed upon that set clear targets for halting temperature rises. Signatories to the Paris Agreement declared that global temperature rises should be kept “well below 2°C” and that efforts to limit global warming to 1.5°C above pre-industrial temperatures should be pursued by all nations. Previous barriers to a climate deal being agreed were overcome. To ensure funding is available, a pot of money for climate financing has been established, which must total US$100 billion every year by 2020. The disparity of greenhouse gas emissions (with high income countries emitting five times more than low income countries) is not just recognised, but tackled head on with Nationally Determined Contributions to allow nations to set their own mitigation targets.

Donald Trump has chosen to take the US out of this global pact, shunning his responsibility to help address the single biggest crises of this century. Climate change does not just pose a threat to the environment. It threatens to undermine the past 50 years of progress made in improving global health. It threatens national and global economies. And therefore it threatens the very functioning of the societies in which we all live.

But action for addressing this problem is already underway. The Paris Agreement created a momentum. With 196 other countries committed to tackling climate change, the departure of the US from this group will not affect the determination of the other nations. Nor will it stop individual states within the US from tackling climate change. Take California as an example. California is leading the way in the US, with targets to reduce its emissions by 40% below 1990 levels before 2030. It has created a carbon cap-and-trade scheme, whereby carbon emissions are priced. More than this, the California Global Warming Solutions Act (2006) sets legal requirements for greenhouse gas emissions to equal 1990 levels by 2020 (representing a roughly 15% reduction) and maximise renewable and energy efficient technology across the State.

State-level action in the US extends beyond California. The Centre for Climate and Energy Solutions is developing the policies needed to meet the targets under the Paris Agreement. Already, twenty States have set greenhouse gas emission reduction targets and 34 States have climate action plans. These states are proving the benefits of climate action, by strengthening and boosting their economies by investing in renewables and energy efficiency. This is already having huge economic benefits. In 2016 alone, jobs in the solar and wind industries increased by 25% and 32%, respectively, in the US.

In the wake of the President’s announcement, 61 mayors across the US have already vowed to “adopt, honour, and uphold the commitments to the goals enshrined in the Paris Agreement”. Live By Paris will be launched–a new initiative led by US states, communities, and individuals, working together to tackle climate change.

The fact that humans are warming our planet is indisputable. The threat that climate change poses to all of us cannot be denied. By taking the US out of the Paris Agreement, Donald Trump has sent a very clear message about his lack of care not just for people around the world, but for the US citizens he claims to protect. The benefits of mitigating climate change are so obvious: it improves human health; it saves money; and it protects the environment. As these benefits become ever clearer, all countries will hasten to create a low-carbon world. History will not look back kindly on this US President. But the decision of President Trump is his own undoing and will be a mere blip in the historic course of tackling climate change. The path is set. The rest of the world is already on it. 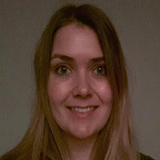 Nicola Wheeler is currently a research associate at the Institute of Global Health at University College London.

Nick Watts is the director of the UK Health Alliance on climate change.

Pauline Castres is policy and communications officer at the UK Health Alliance on Climate Change.