Iain Overton discusses how health services responded to the London 7/7 bombings and the Boston Marathon attack. 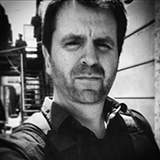 The truth about suicide bombings is that their use is invariably unpredictable, but their impact all too often follows terrible patterns.

Action on Armed Violence (AOAV) has investigated two major incidents to see how health services in developed economies have responded to the impact of terrorists’ use of explosive violence. We focused on the London 7/7 bombings in 2005, where 52 people were murdered, and the US Boston Marathon bombings in 2013, where three people were killed. In particular, we reviewed the mental health provision offered to the victims of these atrocities. Some of the responses are worth noting, particularly in the aftermath of the Manchester suicide attack.

In both events, the co-ordination of mental health responses was crucial. In London, Camden and Islington Mental Health Trust took the lead on much of the psychosocial treatment. Potential patients were identified from hospitals, GPs, police lists, NHS Direct callers, and a media campaign. A two-year programme was funded. It was needed—as many as 30% of victims had long-term mental health harm.

In Boston, the Medical Intelligence Center gave responders a central point of contact, while the Family Assistance Center offered support for victims and families. Talk, medication, physical, and religious-based therapies were offered where appropriate, and first responders were included in this offering; the Bostonian Police Department required everyone to go to counselling, including the Commissioner.

Such centralisation simplified access to support services. It reduced confusion and the duplication of efforts. Certainly it is worth learning from: though who, exactly, funds such services remains a question.

Of course, there were challenges, too. In the US, so great was the demand for psychosocial care that there were not enough trained trauma counsellors to go around; marriage counsellors were forced to step in. Many victims’ mental health needs, in both attacks, were not tackled for months. And victims who had not suffered physical wounds often felt alienated. Some believed they were being melodramatic—or were perceived as such—if they raised concerns of post-traumatic stress in the absence of stitches or bandages.

In the aftermath of both bombings there also emerged a dominant rhetoric that, summed up, was a belief that the city would not let the attacks destroy it. Some victims found this public defiance gave them strength. However, some felt pressured by such words. One survivor said: “you’re supposed to be ‘Boston Strong,’ suck it up. And if you’re having trouble, you’re not ‘Boston Strong’ and then you’re not part of the team.”

Such frustrations meant many victims turned to informal mechanisms to address needs. In the case of the 7/7 attacks, community-run groups like Kings Cross United were formed. In Boston, almost 50 survivors joined one support group and ran art therapy or trauma and yoga workshops. In both attacks, online support was also said to have helped. Microsoft donated a three-year licence for Yammer, a password-protected social media site, to which Bostonian survivors had access. The group was monitored in order to identify significant problems, but it largely functioned as a peer-support mechanism.

In such a way, an inter-play between formal state responses and organic, community-led activities helped many victims. But an unknown number fell between the cracks—either because they were unable to access services or were unwilling to cause a fuss. Be vigilant for the silent sufferers.

There is one other issue worth noting: that of the controversial role healthcare professionals play in identifying would-be suicide bombers.

Most suicide attackers are not floridly psychotic or expressly intent on murder. In six out of 13 analysed cases of European-born suicide attackers, the bomber’s families denied they had observed signs of radicalization. But what if a patient presents talking about a millenarian battle between good and evil?Should you contact the police?

Of course, this means passing a patient’s details to organisations outside the confidential walls of a clinic. And in many ways this is where suicide attacks could cause deeper, more intangible harm. Not just in the trauma caused, but in how we—as a society—respond to the terrorists’ threat. Because if healthcare providers begin to report patients too casually, then does trust in the confidential doctor-patient pact become a victim of terrorism? For if trust in the NHS is lost, then where can patients ever really feel safe?

In many ways, these are questions that we urgently need to contemplate—in Manchester and beyond—because they have no easy answers. And that, in a way, is exactly how terror works.

Iain Overton is executive director of Action on Armed Violence, a London based charity that researches the impact of violence worldwide. He is author of Gun Baby Gun (Canongate) and is currently writing a book about suicide bombers.  Follow Iain Overton on Twitter: @iainoverton