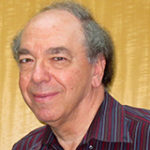 In March 2017 Health Canada released a discussion paper promising a new era in transparency. The agency committed itself to proactively releasing clinical trial data submitted by drug companies, similar to what the European Medicines Agency (EMA) is already doing and, again like the EMA, to processing applications for the same information for drugs already on the market.

This is a major turnaround for Health Canada, an organization that has repeatedly earned a poor reputation for transparency—whether by keeping drug information confidential, or by failing to follow through on its promises of greater transparency. The Canadian Association of Journalists deemed Health Canada the most secretive of all government departments and in 2004 presented it with its annual “code of silence” award for showing “remarkable zeal in suppressing information” and “concealing vital data about dangerous drugs.” In early September 2011, Toronto doctor Nav Persaud applied to Health Canada for all of the information that it had on Diclectin (doxylamine and pyridoxine), a widely used drug for morning sickness. After more than a year, he received 359 pages of which 212 were completely censored “because they were deemed confidential business information.” Health Canada also insisted he sign a confidentiality agreement, originally preventing him from distributing the information to other members of his research group. My personal experience with Health Canada is consistent with the delays and problems that Dr. Persaud experienced. It took Health Canada over 20 months to send me information that had previously been publicly available on its website.

Researchers and others who are interested in accessing clinical trial information are cautiously optimistic about this recent change in the attitude of the organization. But given Health Canada’s transparency track record, they are also wary about how long the proposed changes will take to materialize and how they will play out in reality. In late 1995, Health Canada began talking about issuing the equivalent of the European Public Assessment Report to summarize and explain the clinical information used in approving new drugs. It took almost a decade until this initiative saw the light of day and it proved to be highly flawed, frequently omitting even basic information such as the age and sex of patients in the clinical trials.

There are also loopholes in Health Canada’s new proposal that could result in the released information providing only limited guidance in understanding the benefits and harms of medicines. As it stands, Health Canada plans to exempt from release “secondary or exploratory end points which may constitute a component of an on-going development programme”, “interim clinical study results” and methodological details. These exemptions invite sponsors who wish to suppress information—as they currently do by inappropriately labelling it “confidential”—to use these labels to get around transparency. Health Canada’s clinical information policy must clearly state that the burden of proof is on industry sponsors to justify why specific information falls under the narrowly defined exceptions to public disclosure and should remain confidential. Any redactions to the material that is released must be kept to a minimum and written reasons should be provided for them. Experience has shown that the greater the number of redactions, the more difficult it is to interpret lengthy and complex documents and the reader may ultimately be misled in understanding the benefits and harms of medicines.

Better safeguards are needed to ensure prompt timing of the release of information. Health Canada should be obliged to publish clinical information after a single exchange with companies pertaining to redactions and, in any event, no later than 60 days after a product receives a market authorization. Protracted exchanges between Health Canada and sponsors can be used as a delaying tactic to the release of information and are a major barrier to transparency. So too, are omissions in Health Canada’s proposal, with no provisions to require it to release its own reviewers’ reports. Access to these is essential for understanding Health Canada’s decision-making process.

Without access to the clinical trial information that regulators possess, independent researchers would not have been able to reanalyze the information that the EMA used to approve duloxetine for the treatment of stress urinary incontinence. In contrast with EMA’s assessment, this reanalysis concluded that the harms of using the drug outweighed its benefits.

Health Canada’s discussion paper begins with the statement that “Opening access to clinical information used to support the authorization has widespread health system benefits and can help Canadians make informed decisions about their health. It can also help Canadians to better understand the basis for [Health Canada’s] regulatory decisions.” With adequate safeguards in place to ensure full and prompt disclosure, this initiative to make previously hidden important health information public is a major advance. Whether Health Canada will follow through on this promise remains an open question.

Over 115 people from all over the world have signed a letter to Health Canada that reflects the views expressed in this blog. Those who are interested in Health Canada’s consultation process can get more information here.

Competing interests: In 2015-2016 Joel Lexchin received payment from two non-profit organizations for being a consultant on a project looking at indication based prescribing and a second looking at which drugs should be distributed free of charge by general practitioners. In 2015 he received payment from a for-profit organization for being on a panel that discussed expanding drug insurance in Canada. He is on the Foundation Board of Health Action International.