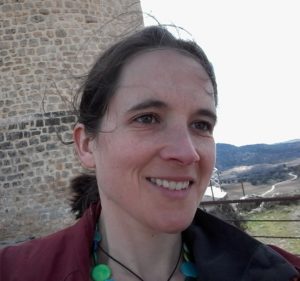 In February NHS England (NHSE) published revised guidance on the management of conflicts of interest (COI). NHSE created a “Task and Finish Group” to consult with stakeholders and produce the guidance. The guidance aims to prevent misappropriation or misspending of NHS funds, and protect individuals from allegations of malpractice. [1]

Stimuli for the work included an NHSE audit of 10 clinical commissioning groups (CCGs). Problems identified included incomplete or unpublished registers of declarations of interest, a lack of processes to manage COI in subcommittees, and the absence of sanctions for breaches. [2] The Carter review also raised concerns that the pharmaceutical industry were inappropriately lobbying healthcare professionals. [1]

The guidance, however, does not address the single most important COI in today’s NHS: the conflict between the public interest and profit making interests. The provision of NHS services by private companies is increasing, particularly since the introduction of “any qualified provider.” Individuals employed within or by private companies stand to gain when those companies win contracts. [3] The National Audit Office has noted the increased risk of COI associated with new co-commissioning arrangements. Where GP services are commissioned by GP led CCGs, it creates an inherent COI.

The guidance defines COI as arising where “an individual’s ability to apply judgment or act, in the context of delivering, commissioning, or assuring taxpayer funded health and care services is, or could be, impaired or influenced by another interest they hold,” but does not explore in whose interest individuals should be acting and what influences might impair their judgments. [1] According to the NHS constitution and the General Medical Council, the NHS and all doctors should serve and be accountable to patients and the public. [4,5] By contrast, the priority of private for profit providers is to maximise profits in the interests of their stakeholders. [3]

NHSE’s theory is that private interest can be managed to produce public benefit. Malcolm Grant states that “we are fostering an environment of partnership between the NHS and industry.” [6] And the Association of British Pharmaceutical Industries (ABPI)’s Chief Executive, Mike Thompson, was part of the COI “task and finish group.”

NHSE’s guidance specifies procedures for the reporting of certain circumstances where COIs may arise, but it is far from comprehensive. CCGs must collect and publish registers of the “material interests” of each of their staff, and update these annually and whenever they receive new disclosures or a staff member changes role. They must document potential COIs and how these were managed in all meetings.

Under £25, hospitality does not have to be disclosed; only over £75 must hospitality be refused. No justification is provided for these values, which are taken from ABPI guidance. If a colleague bought you a meal for £24, you might feel indebted; if they paid £70 for your dinner, you might feel under obligation, even if you declared this gift. The draft guidance also mandated that clinical staff disclose their gross yearly earnings from private practice as less than £50 000, £50 000-£100 000, or over £100 000, but this requirement was removed following consultation. [6]

Although transparency is a necessary step to address COI, the new guidance entails a high administrative burden of reporting to address only a narrow part of the spectrum of potential COI. Because it does not address the profit making interests of private providers, NHSE’s guidance would not have prevented, or even been relevant to, the private company Serco’s understaffing of out-of-hours care in Cornwall. [7] There was a conflict between the public interest and the company’s, but it is not one that is encompassed in NHSE’s definition of COI.

Four improvements are needed. Firstly, the guidance should explore the nature and scope of conflicting interests, particularly profit making interests. This would support health professionals to understand and recognise what constitutes a COI, declare all relevant COIs appropriately, and judge how to act in the interests of their patients and the public. It would support CCGs to identify where COIs may compromise decisions or actions of members, to assess potential impacts of COIs on individual patients or on the CCG, and to implement appropriate remedial action where COIs exist.

Secondly, declarations can and should be mandatory. [8] Full records of declarations must be publicly accessible centrally on the NHSE website and published by trusts at least quarterly. York Hospital Trust, for example, already publishes details of declarations by executive members on their website and in their annual reports.

Yet transparency alone is not sufficient to manage COI. Therefore, thirdly, the guidance should outline where COIs should be avoided entirely. A duty to avoid COI should apply where the engagement is primarily for private gain and where risks and costs to the NHS and the public are likely to outweigh benefits. Do public interest grounds exist for an NHS employee accepting hospitality or gifts from a company or individual with a private interest in the NHS work that they are responsible for? Would an NHS manager who is also employed by a private company not give their private provider a competitive advantage in the contracting process, even at the expense of quality or cost effectiveness in the NHS? CCGs should include in job contracts whether holding any position in the private sector is permissible and under what terms.

Finally, there must be provision for enforcement and remedial action for breaches. Remedial action should ameliorate negative consequences and discourage further malpractice. Currently, an appendix of sanctions indicates that unless a crime is committed, the worst penalties for non-compliance are civil action for breach of contract under employment law or sanctions by a professional body for professional misconduct.

Avoiding and managing COI is part of a doctor’s professional duty and, as such, breaches by individuals should be reported to and managed initially by the GMC. Legal sanctions for a private company could include a ban on further bids for NHS contracts or prematurely ending existing contracts. As it stands, this COI guidance risks establishing another tick box process with limited effect.

Competing interests: SW is currently carrying out research on a voluntary basis supported by Centre for Health in the Public Interest, a think tank which researches and informs about health policy.

1. NHS England. Managing Conflicts of Interest in the NHS : Guidance for Staff and Organisations. 2017.

3. CHPI research team. The contracting NHS – can the NHS handle the outsourcing of clinical services? London: 2015.

6. NHS England. Managing Conflicts of Interest in the NHS : A Consultation. London: 2016.