Two sets of recent asthma guidelines are markedly different, which is confusing for patients, doctors, managers, and funders, argue Dominick Shaw and colleagues.

Writing well evidenced, practical, scalable, and cost effective guidelines is not easy. Framing and identifying the problems, gathering and interpreting the relevant evidence, and assessing impact from clinical, economic, and equality standpoints requires commitment and an expert understanding of the areas covered.

So why do it twice for the same condition, particularly when the key barrier to improved outcomes is arguably guidance implementation, rather than the guidance itself? And yet NICE and the British Thoracic Society (BTS) have both recently produced asthma guidelines which are markedly different. These differences run the risk of confusing patients, doctors, managers, and funders.

Asthma exerts a massive global burden. As a community, respiratory academics and clinicians led the way in designing and implementing asthma guidelines that were simple and relevant. The BTS [later in partnership with the Scottish Intercollegiate Group Network (SIGN)] prepared the first set of asthma guidelines nearly three decades ago, and introduced the concept of stepwise management. These were followed by the Global Initiative for Asthma (GINA) guidelines in 1993. Both emphasised the need for optimising asthma control and inhaled corticosteroid use in this predominantly inflammatory condition.

The first draft of NICE guidance for the diagnosis of asthma was released for consultation two years ago, and the consultation period for the NICE asthma management guidelines closed in February this year. In parallel the BTS have continued to update their guidelines (which also consider asthma in pregnancy, severe asthma etc.) with the latest version released in November 2016 following consultation over the preceding year.

There is a clear need for updated guidance. Asthma continues to kill whilst treatment costs rise; meanwhile worrying reports of both over and under diagnosis appear regularly in the mainstream media.

Given that BTS/SIGN and NICE aim to guide diagnosis and treatment for the same clinicians, patients, and managers, one might expect some alignment in the respective publications. Disparities clearly lead to confusion, reduced quality of care, excess cost and negatively impact people with asthma.

It is therefore a pity that the guidelines do not appear to sing in the same church, never mind from the same hymn sheet. Despite the fact that the membership of BTS/SIGN and the NICE guideline groups overlap considerably, their contributions have resulted in contradictory conclusions.

For a diagnosis of asthma the BTS state that “diagnosis is a clinical one. The absence of consistent gold-standard diagnostic criteria means that it is not possible to make unequivocal evidence-based recommendations on how to make a diagnosis”. NICE however state that objective tests must be employed (“do not use symptoms alone without an objective test to diagnose asthma”) and have four algorithms, using five different tests focusing on measures of airflow obstruction, airway inflammation and hyper-responsiveness. This understandable demand for an objective diagnosis needs to be balanced against resource pressures, especially with the proposed universal diagnostic measurement of exhaled nitric oxide. We understand that early feedback suggests this approach may not be feasible in primary care, and as a result NICE have now decided to reconvene the guideline committee yet again.

Contrasts abound in the management guidelines. Despite NICE emphasising the need to confirm airway inflammation in the diagnostic workup the first step in their treatment algorithm is a short acting beta agonist; this paradox is inverted in the BTS guidance which opts for a first step of inhaled corticosteroid yet discounts the need to confirm airway inflammation. Next, NICE suggests the addition of a leukotriene receptor antagonist when inhaled corticosteroids do not achieve control (a change from established practice), whereas the BTS stays with the addition of an inhaled long acting beta agonist. Given the majority of people with asthma are managed at these treatment levels, these variant approaches will cause widespread confusion.

People still die from asthma and a major factor in asthma deaths is poor treatment adherence. If the experts cannot agree what’s correct for diagnosis and treatment (even the same experts sitting on different panels), what hope have GPs, hospital doctors, asthma nurses, pharmacists, charities and ultimately patients?

In the interests of people with asthma, every effort should be made to resolve these issues of competing and contradictory guidance. We should not expect healthcare professionals and people with asthma to review both sets of guidance and draw their own conclusions. This would only embed confusion and put people at risk.

Significant differences in approach (both relating to methodology and conflicts-of-interest) will account for some potential variation, but surely a joint committee is the way forward?  We’d be delighted to work with those who have the opportunity and ability to resolve this muddled situation. 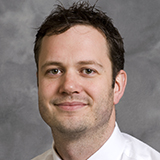 Dominick Shaw is a clinical associate professor at the University of Nottingham and Nottingham University NHS Hospital Trust. He is lead for the asthma service and has research interests in biomarkers of airways disease and the diagnosis of asthma. 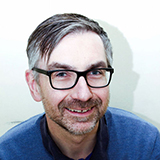 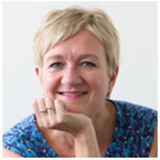 Samantha Walker is deputy chief executive and executive director for Research & Policy at Asthma UK, a patient charity and research funder based in London.

Competing interests: SF: Advisory board member for Novartis. Has received speaking and travel fees from Novartis and GSK. DS: Advisory board member for Novartis and TEVA. A recipient of an investigator led grant from GSK looking at the role of smart inhalers. SW: Asthma UK is a charity which aims to stop asthma attacks and cure asthma through research, campaigning, advocacy and health advice provided to people with asthma. In the current year it expects to receive 5% of its charitable income through corporate partnerships.