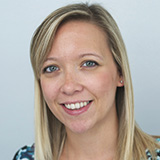 This week we expect NHS England to publish a “delivery plan” setting out priorities for the sector over the next two years. No one is quite clear on the detail of this plan yet, but Simon Stevens has indicated that we should expect further detail on the future role of sustainability and transformation plans (STPs). He’s made some interesting comments, mainly in front of the Public Accounts Committee, which will have left many asking:

These are fundamental questions and the answers could mean a significant change in policy. The concept of STPs has evolved since it was first introduced (as a shared plan to close the three gaps set out in the Five year forward view) and whilst we support a collaborative approach to overcome system and local challenges; the shift around the role and purpose of STPs has taken place with little input from the sector. There are a number of issues that need to be addressed and considered through a policy development process with input from across the healthcare sector.

While some feel that the Health and Social Care Act 2012 is an irritating barrier to collaboration, we are unlikely to see any legislative change for the NHS in the foreseeable future and so ultimately STPs must operate within the confines of this legislation. It is therefore important to remember that an STP’s legitimacy is derived from the legal and statutory powers vested in individual organisations and that without legislative change it seems impossible to create new formal regional structures that alter statutory responsibilities or change organisational decision making rights.

What role should STPs play in the future?

The role that STPs will play in the future should be locally determined as what is right for one area may not be right for another. While over time STPs have evolved and are now often described in a way that implies they are a structural entity rather than a plan, their long term purpose will differ across the country based on the needs of each area. Some may choose to adopt a structural change to bring STP partners together in a formal way, while others opt for collaborative forums. Developing multiple models across the country may present a challenge for the national bodies. However a greater risk to the system will be to force all areas to adopt a uniform structural change that may not be necessary.

The role and expectations of an STP lead has also significantly shifted over the last year. Originally a footprint lead was just expected to convene a group of partners to develop a three year plan outlining how the local area was going to address local challenges and deliver the priorities in the Five year forward view. Again this has gradually evolved and a recent letter from NHSI and NHSE to STP leads stated that “there will be a formal appointments process for STP leaders.” As STPs will be operating within a legislative framework that has the statutory powers vested in organisations, STP leads will have limited powers and levers at their disposal. It’s therefore crucial that STP footprints develop a leadership structure that suits them best and have a locally determined STP lead that have the support and confidence of the local health and care system.

The King’s Fund has recently undertaken an analysis of all 44 plans and found that one of the most consistent themes running through plans is reducing hospital capacity as a means to making improvements in patient care and addressing financial challenges. Many plans aim to use community services more effectively to do this. However The King’s Fund report also concluded these proposals will only be credible if there are robust plans to provide alternatives in the community before beds are reduced. Alongside this, NHS England has recently announced new national approval requirements for the closure of hospital beds, which includes being able to demonstrate alternative provision. To support these aims the centre must make adequate funding available to ensure that providers of community services are sufficiently resourced to deliver the STP and demand reduction programmes.

A need for honesty and realism on current plans

Alongside the long term fundamental issues of what role STPs should play in the long term, there is a need for honesty and realism about the implementation of current plans. This includes: what local areas can achieve; the pace at which they can achieve it; a recognition that plans are all at different stages; the need for local areas to engage meaningfully with staff, patients and the public prior to and during implementation of plans; a need for equality of access to transformation funding to implement plans; and the ability to pursue transformation that may not be within the STP footprint. These are all issues which NHS Providers has raised before and continue to be important if the sector is to address and overcome current challenges.