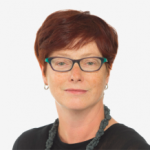 “Productivity isn’t everything, but in the long-run it is almost everything.” So said Paul Krugman, the Nobel Prize winning economist, and not many economists would disagree. Productivity powers economic growth and funds better public services. Over the last 40 years real income per head has more than doubled while average hours worked have fallen. Productivity growth is the golden goose that has made this possible. Since the 2008 financial crash productivity growth in the UK has ground to a halt and this, rather than the initial economic crisis, is at the heart of our current economic woes—flatlining living standards, high debt, and austerity.

This is the macro-economic backdrop to the problems confronting the NHS. Despite successive governments protecting the health service from the full force of their cuts, this decade will have been the most austere in the NHS’s history. Health service funding will have grown by around 1% a year compared to a historic average closer to 4%.

To bridge the funding gap the NHS is searching for the secret of sustained productivity growth. Improving productivity is not new to the NHS: the ONS estimates that productivity has increased by around 1% a year since 1979. This was mostly driven by lower average length of stay and rising day case surgery enabling better outcomes, higher volumes, and fewer NHS resources per patient.

But that level of productivity growth won’t be enough to prevent low funding growth having a negative impact on quality or access to care for patients. The Five Year Forward View estimates that it needs to be improved by 2-3% a year up to 2020 at least.

Much of the national debate about productivity has focused on back office savings and how the NHS procures goods such as drugs and medical equipment. These matter, but are a small part of the productivity picture. The real focus should be on labour productivity—how well we use the talents of the skilled professionals providing care. The NHS has fewer doctors and nurses per head of population than the average of the EU15 and OECD. But in recent years, the skill mix of the NHS has been enriched by increasing the number of consultants relative to other staff groups. Between 2010 and 2016 the number of consultants increased by over 20% while the number of nurses rose by around 1%.

New Health Foundation research shows that between 2009/10 and 2015/16, consultant productivity in 150 acute hospitals fell by an average of 2.3% per year. This decline isn’t because consultants aren’t working hard enough, but because of systemic issues with the way the NHS is organised. Our research analysed some of these factors, which are all too familiar.

Most important is workforce planning. Our research finds that consultants and nurses are complements, not substitutes. Hospitals with a higher proportion of nurses have higher consultant productivity. Increasing the proportion of nurses by 4% in a hospital can increase activity per consultant by around 1%. A more balanced rise in staff numbers among different staff groups may ensure that the NHS uses consultants’ skill well, but recent years have seen workforce planning being disjointed at best. The decision to cut nurse training places in the early part of this decade may have saved some short term costs but looks to have undermined the drive to improve productivity.

We also found that consultants who work in hospitals that invested more in infrastructure and building through private finance initiatives (PFIs) are more productive. The research did not seek to assess the value for money of PFI as a system of financing hospitals, but used PFI spending as a proxy measure for more modern facilities and equipment. It’s not hard to imagine how working in modern fit for purpose facilities with the right IT and equipment allows consultants to work more productively. So it’s worrying that NHS investment funding is instead being used to bail out hospital deficits. In each of the last three years the Department of Health has raided the capital budget to prop up running costs, and further transfers are reportedly planned for the next three.

Krugman’s emphasis on the long-term importance of productivity was farsighted and clearly holds for the NHS. Our research suggests that national policy can create substantial barriers which undermine consultant productivity. Three particularly must be addressed: workforce planning, social and community care capacity, and capital.

Competing interests: Anita Charlesworth is director of research and economics at the Health Foundation and a coauthor of the paper. She is a trustee of Tommy’s the baby charity, on the OHE editorial board, and a House of Lords specialist advisor–from July 2016 to April 2017.