TB is one of the world’s biggest killers and drug resistant cases are on the rise. Now more than ever we need to prioritise its funding, says Grania Brigden 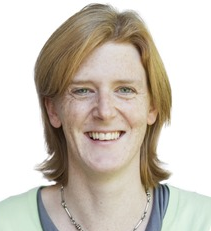 There has been considerable objection to the omission of tuberculosis (TB) from the World Health Organization’s (WHO) “Global Priority List of Antibiotic Resistant Bacteria”, which was published last month to guide the research and development of new antibiotics.

The exclusion of TB from this list is concerning. TB is one of the world’s biggest killers and drug resistant cases of the disease are on the increase. In 1948, TB was the first infectious disease to be described as becoming resistant to antimicrobial treatments. Today, there are over half a million new cases of drug resistant TB (DR-TB) every year. Unfortunately, the tools available to treat DR-TB have not changed much since 1948—the current treatment is long, toxic, expensive, and has poor patient outcomes.

The exclusion of TB from discussions on antimicrobial resistance (AMR) also represents a major missed opportunity. The extensive knowledge gained by the TB community from efforts to tackle drug resistant disease can be applied more broadly to AMR. For example, lessons can be learnt from the experiences of setting up surveillance systems, making quality assured antibiotics available in low resource settings, and working with the private sector to expand access to diagnosis and treatment. The TB community also has over 10 years of data on funding and investment trends for TB research and development and the impact of a lack of a perceived market on private sector investment.

WHO omitted TB from the list on the basis that TB is an established global priority with existing programmes, but if we examine the challenges facing investment in research and development we can see why TB has to be deemed a priority bacteria.

It’s been estimated that 21 new compounds need to be in phase one trials if we’re to develop new treatments for TB, but in 2015 there were only two. Currently, TB treatment requires a minimum of three different classes of antibiotics, which means multiple new antibiotics are required. Two new antibiotics (bedaquiline and delamanid) recently came to market. However, these were developed independently of each other, and were added to the existing two year regimen. As a result, we have not seen dramatic improvements in DR-TB treatment duration, side effects, or cost.

There are a number of publicly funded organisations, such as Médecins Sans Frontières, embarking on clinical trials of novel combinations of new and old drugs that have the potential to revolutionise DR-TB treatment. However, clinical trials are expensive to undertake and it is now, more than ever, that we need to prioritise funding into TB research and development.

Despite the increasing number of people affected with DR-TB, investment in research and development decreased by over $50 million in 2015 and, at $620.6 million, is only a third of what is required for research to develop new tools for TB—including new drugs, regimens, diagnostics, and vaccines. The best mechanisms to incentivise investment in antibiotic development have been considered across multiple fora, such as the United Nations declaration on AMR. The TB community have explored this problem and proposed the 3P Project as a solution.  This is a new funding mechanism to incentivise collaborative research, reward investment in TB research and development, and develop shorter pan-TB regimens by:

With increasing political attention on the rise of drug resistant infections and the lack of investment that exists for developing treatments for them, the time has come for action. TB is the key priority pathogen that needs investment in further research and development. Supporting the novel 3P financing mechanism will help to ensure this investment and that any TB treatments developed will be affordable and available to everyone who needs them. The TB community can provide solutions to ensure that we confront the challenges of AMR and continue to have effective treatments for drug resistant infections in the future.

Grania Brigden is the 3P project lead with the International Union Against TB and Lung Disease (The Union). Previously she was the TB and AMR adviser for the MSF Access Campaign. Grania studied medicine at the University of Aberdeen, Scotland, and she continues to work in an ad hoc basis for the NHS as an honorary consultant at the Royal Free Hospital, London. She is based in Geneva, Switzerland. She is committed to improving TB treatments and ensuring access to quality treatment.