The books shortlisted for this year’s Wellcome Book Prize are both challenging and engaging, according to author Val McDermid who chaired the award’s judging panel.

The shortlisted non-fiction books, as described by Wellcome Book Prize judges, are: 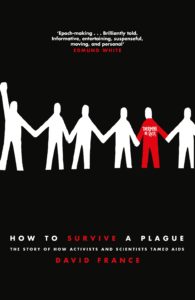 How to Survive a Plague by David France
“In the 1980s the aids virus remained something that loomed large in our lives; we all remember the advertising campaign, ‘Don’t die of ignorance.’ It was a plague, it was something that was terrifying for everybody. How it was transformed from a killer plague to a viral infection that can be treated with considerable success is one of the most extraordinary narratives of modern medicine. This is a book that reminds us of the story in the treatment of aids. It talks about the important role of activism. When activists worked with scientists and took their future into their own hands in a way that had never been done before and gave a whole new meaning to patient advocacy. It was a story that was in danger of being forgotten before this book appeared.” Val McDermid 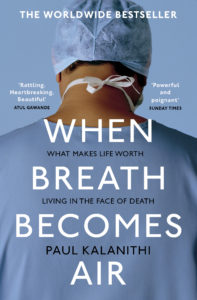 When Breath Becomes Air by Paul Kalanithi
“This is a book of two parts in a sense. It’s a book about mortality but it didn’t start out as a book about mortality. Paul Kalanithi was a neurosurgeon and a neuroscientist . . . and he began to write a memoir about his work to talk about relationships with patients and how we deal with these events in our lives. Then, as he was writing the memoir, he was diagnosed with terminal lung cancer. So the second part of the book is about how he came to terms with his diagnosis, how he lived in his final months, and how he balanced those two things: his experiences as a doctor and his experiences as a patient. It’s an extraordinary book. It’s very moving without ever being sentimental. It’s a very brave book. Anyone who reads this will not come away unaffected.” Val McDermid 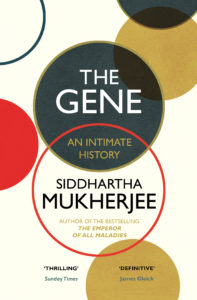 The Gene by Siddhartha Mukherjee
“This is really a history of the gene and the history of the science of genetics. This is a very familiar history but it takes us very rapidly from Charles Darwin into the work of Francis Galton and the whole field of eugenics. We have a book which takes us not only into what a gene is and the technology of genetics, but also how genetics impacts on society. The notions of eugenics, of course, were a harbinger to what happened in Nazi Germany with the laws about racial hygiene, so we see throughout the book that the writer is interweaving what we need to know about genetics . . . with how genetics has changed society.

The book is really very big and a very important document about the role of genetics, the excitement of genetics, but also the dangers of genetics.” Simon Baron-Cohen, academic and author 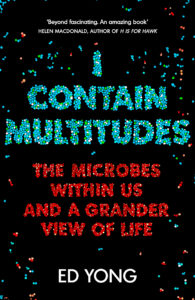 I Contain Multitudes by Ed Yong
“What multitudes do we contain? Well, they are microbes—bacteria in particular. Ed Yong reminds us that we still spend much of our time thinking of these organisms as germs, things to be obliterated in our kitchen and bathrooms with chemicals, things to be exterminated inside us using antibiotics. But what Ed Yong shows is the importance of bacteria not just in bringing disease but also in sustaining all of us in health; not just humans but all animal species.

Mend the Living by Maylis de Kerangal
“Mend the Living opens in the grey light of a winter’s dawn when Simon Limbeau, a young man of 20, heads out with his friends to surf off the Normandy coast. When he is heading home a few hours later, the van he is travelling in skids and Simon is propelled into another world. A medical world between living and dying. And what we see through this extraordinary novel over 24 hours is what happens to Simon’s heart. It’s a fascinating journey. It’s very cleverly done because it’s told in beautiful lyricism, it avoids sentimentality and sensationalism. It’s a highly original and ambitious novel and it chases that emotional turmoil with absolutely beautiful prose.”

The Tidal Zone by Sarah Moss
“It’s the story of a family and particularly of a father who is a stay at home parent. It’s a story of our modern times, it’s also about what happens when your safe middle class life is torn asunder. Miriam, their very savvy, right-on daughter of 15 suddenly collapses on the school playing field with cardiac arrest and is taken to hospital. It’s about fear, it’s about anxiety. It’s also about how we get back to normal, what recovery looks like, how it is to build your family back again. It’s a very readable book that you can enjoy and it makes you think about the choices we make in life.”