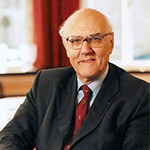 The words “primary care” are now increasingly used for the words “general practice.” This is causing confusion in the NHS and positive harm in medical schools.

The first problem with the words “primary care” is definition. I have been asking people for several years how they define it and many shrug their shoulders—an eloquent non-verbal signal of confusion. Two academics defined it as first contact care. I then asked them if they included pharmacy care and accident and emergency departments in this definition, and one did and one did not.

There is primary care separate from general practice, such as nurse led walk in clinics, pharmacy prescribing, community midwives, health visitors, paramedic outreach, urgent care services, and much of accident and emergency medicine. These important services should be described by name and not be confused with general practice, which is a relationship based, generalist, medical service, integrating preventative and curative care for a precisely defined, registered population.

When used in the NHS, there is a continuing cost in the lack of clarity, as many people simply are not sure what the words “primary care” actually mean. However, when used in medical schools, these words do serious harm to medical students and can be seen as part of what Oldham and Everington call the “discrimination against general practice.” [3]

The words “primary care” are weasel words in medical schools, making it particularly difficult for medical students to be interested in general practice, to choose it enthusiastically, and eventually to practise it with pride.

Sir Denis Pereira Gray OBE HonDSc FRCP FRCGP FMedSci worked as a GP in the St Leonard’s Practice, Exeter for 38 years. He is an emeritus professor of the University of Exeter, a former chairman and president of the Royal College of General Practitioners, and a former chairman of the Academy of Royal Colleges—the only GP ever elected to this role.