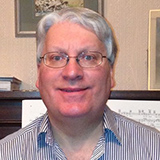 Today’s report from NHS Providers on NHS winter pressures bears out what the Royal College of Emergency Medicine (RCEM) has been saying for some time—urgent and emergency care is in the midst of a crisis and facing very serious challenges if patients are to be kept safe.

Performance has continued to worsen to the poorest levels on record—just 79.3% of patients attending major (type 1) A&E departments were seen or admitted within four hours at the end of 2016. The heady days of a 98% or even a 95% target now seem like a distant dream. The figures show that the problems were not isolated to a few recalcitrant A&E departments, but were widespread in all types of hospitals and in all regions.

Most of the patients who waited the longest—and all of the patients who made up the increased number of 12 hour breaches—were waiting for the availability of a hospital bed. Trusts reported bed occupancy levels consistently hovering around the 95% mark—a great deal higher than the 85% level deemed desirable in a hospital for good flow and for low infection rates. RCEM’s own data showed that around 7% of acute beds (up to 20% in some trusts) were filled because of delayed transfers of care. This in turn was often due to a lack of the social care or community facilities that were required for safe discharge. The UK has fewer beds than almost any other developed nation and a growing and ageing population has exacerbated the situation.

In order to improve the situation, the RCEM recommends that the NHS must face up to the demographic change that is occurring in the UK. The population is expanding and ageing rapidly. Elderly people are more likely to be admitted to hospital and their care costs more on average than younger patients. NHS England’s Sustainability and Transformation Plans should consider this reality, rather than hoping to reduce their costs by predicting unrealistic reductions in A&E attendances and in acute admissions.

The word “winter” must disappear from the NHS planning books. The problems in urgent care continue all year round and it is only respiratory disease that shows a seasonal change. We must plan now for rapid improvement to reach a state that is acceptable for the sixth richest country in the world and not limp from inevitable crisis to crisis.

Measurement of the situation by the NHS should be transparent and helpful. For instance, the “decision to admit” time should not be used in England to camouflage 12 hour waits for a bed; bed occupancy levels should be recorded during the day and not at midnight.

The NHS must quickly acquire more staff for acute work, more hospital beds, and better access to social and community care. Moreover, the enormous and unacceptable variation in staff and facilities between healthcare areas must be addressed. There is not a choice to be made between the need for expansion in primary care and in secondary care—both are equally required.

Without these things, the demise of safe emergency care as we know it now is almost inevitable. With them—and without a pandemic of influenza or other disease—we might just get by.