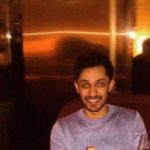 Donald Trump has only been in office for a few weeks and already the first steps to repeal the Affordable Care Act (ACA) have been taken. This pre-emptive strike; a demonstration of Republican machismo, lays the groundwork for more regressive health policies. Trump spent much of his political campaign lambasting what many consider Obama’s highest achievement in office. Confusingly though, he has vowed to replace the existing system, which aims to improve access to healthcare, with one which will… improve access to healthcare. Oh but at a lower cost, obviously. Most are now accustomed to Trump’s cognitive dissonance, which perennially permeates through his caricature. But with an issue as important as healthcare, his plans are particularly perturbing.

The US Congressional Budget Office (CBO) and Joint Committee on Taxation (JCT)1 recently produced a report on how repealing the ACA would affect healthcare insurance cost and coverage. They estimated that the number uninsured would increase by 18 million within the first year after repeal. Premiums are to rise by 20-25% in the first year, and double by 2026.

These saturnine findings might lead you to reason that if the people are to take such a heavy knock, someone must be benefiting – insurance companies maybe?

In fact, removing the individual mandate (penalties associated with opting out of health insurance, even if you can afford it) would be more costly for insurers. Firstly, because fewer people will buy insurance overall, leading to a loss of profit. But even more important is the concept of adverse selection; people who are relatively healthy, young, or disease-free, will be less likely to get insurance because they don’t feel they need it. Concurrently, the 85 year-old smoker with diabetes, hypertension and ischemic heart disease, will find health insurance more appealing. This leads to expensive pay-outs for insurance companies, who can’t rely on the low-risk population to cover the costs of the high-risk. In the short term, this forces companies to raise their premiums; bad news for those who need healthcare. In the long term, this uninviting market results in less competition between insurers, further perpetuating expensive health insurance costs.

Since the Affordable Care Act became law, the uninsured rate declined by 43%, from 16.0% in 2010 to 9.1% in 2015.2 Despite this success, the ACA was facing remarkable challenges. How to operate and finance the plan in a complex landscape with existing services like Medicare and Medicaid? How to minimise prescription costs? How to encourage competition between insurers, and combat rising insurance premiums? These are just a few. Nonetheless, Trump’s proclivity to simply throw the baby out with the bathwater, to paint with broad, brazen, brush-strokes, rather than examine the finer details, breeds high levels of uncertainty into the future of American healthcare.

Polls suggest that America is evenly divided over whether Trump will be able to implement a worthy replacement to the existing bill. One can only hope that Trump continues to defy the odds and delivers on his ambitious claims for low-cost, affordable, accessible healthcare. A healthy dose of scepticism would be wise though, as Trump attempts to charm us with egalitarian ideals, whilst simultaneously at the helm of what will likely be one of the most right-wing administrations in America’s recent history. Change is beyond doubt. The unnerving question facing us is whether that change will cost lives.

Vageesh Jain is a final year medical student at King’s College London due to start the Academic Foundation Programme from August. He has a Master’s in Public Health and recently completed an internship at the World Health Organization with the epidemic clinical management and health system services delivery teams.