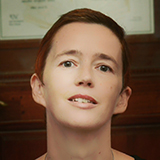 On 18 January 2017, the issue of the human rights of agricultural workers with no land of their own and other people working in rural areas was placed on the agenda of the European Council Working Party on Human Rights (COHOM) for the first time. As a researcher studying how the human rights regime is responding to contemporary challenges, I attended this meeting with great interest.

The fact that 80% of people living in poverty worldwide predominantly live in rural areas and are mostly employed in the agricultural sector is well established. What is less recognized, is the systematic discrimination against rural working people in the Global North. “It is about time the EU acknowledges there are ‘peasants’ in Europe, and recognize the need to protect their rights”, said representatives of La Via Campesina, a transnational agrarian movement, at the COHOM.  This systematic discrimination has led the EU to lose as much as a third of all its small farms in the last decade. Land concentration is massive (3 % of farmers now own 52 % of total farm land) and access to land for young farmers is an emerging problem. While more than half of European farmers will retire within 10 years, there is no framework in place to organize farm succession.

At COHOM, La Via Campesina and FIAN International, an international human rights organization dedicated to the right to food, made their case for a UN Declaration on the Rights of Peasants and other people working in rural areas, which would recognize the rights of these groups to : a) access, manage, use, govern and control the land and other natural resources (forests, pastures, fisheries) they depend on for their livelihood, b) conserve, use, maintain and develop their own seeds, crops and genetic resources, and, c) a decent income and livelihood. Too often farmers have to sell products at prices that barely cover their production costs, as a result of unfair trade rules and corporate control over the food supply chain.

Though EU member states acknowledged the issue, they plainly rejected the need for a new international legal instrument. Denying the existence of normative gaps, EU delegates expressed the view that efforts should focus on fostering the—indeed lacking—implementation of existing human rights standards, such as the right to food. In my opinion, this position fails to recognize that, from the point of view of people living in rural areas, the right to food is really about the right to produce food.

For about half of the world’s population, the right to food is tied to the right to the means of production (land, seeds, water but also tools, credits, infrastructure) and to the right to public policies ensuring that one can make a living off the land. The draft UN Declaration explicitly recognizes the individual and collective right to land and natural resources, and the corresponding obligations of states to recognize and respect customary rights and the commons, protect rural communities from land grabbing, and conduct agrarian reforms where land concentration is too high. In addition, to ensure that peasants can sell their crops at fair prices, states would need to tackle abuses of corporate power and establish fair trade rules. These far-reaching implications make states reluctant to recognize these rights.

Fortunately, the UN Human Rights Council did not wait for the EU’s support to start negotiating the text of this Declaration. At its fourth session, in May 2017, an Intergovernmental Working Group will discuss a revised draft.. The EU has a few months to make it a priority to start addressing what the Secretary General of FIAN called an “urban bias”: the fact that the international human rights regime developed with no participation of rural people, in a way that only reflects the interests of urban populations, at the expense of food producers and the environment.  Will the EU stand for the rights of the rural poor, not only in the South but in the North as well?

Priscilla Claeys is a Senior Research Fellow in Food Sovereignty, Human Rights and Resilience at the Centre for Agroecology, Water and Resilience (CAWR), Coventry University (UK).

Competing Interest: PC is a member of the board of FIAN Belgium. I am committed to the global struggle for the right to food and food sovereignty and have no other relevant conflict of interest to declare.