Last year the King’s Fund ran an essay competition for contributions to its series “the NHS if,” exploring hypothetical futures for the health service. Here, we publish the runner-up entry. Read the winning entry here 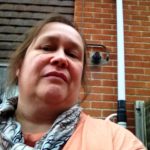 When I was younger I used to go gliding. One of the first things you learn as a novice is the importance of checking. All equipment—winches, towing aircraft, the gliders themselves—is checked before the start of flying; you run through a safety check before every launch, and if anything, anything at all, seems wrong, then flying is paused until everyone is happy that there’s nothing to cause a concern. And the same applies to the weather, the airfield, and naturally the pilots themselves.

Checking, and that safety, is the responsibility of everyone. Now, this can be irritating, especially when as a newly solo pilot, you have just made a somewhat… awkward landing, and it suddenly seems there are dozens of people who saw it, all of whom have an opinion on what you did wrong. But it means that if you have a concern it will be accepted, taken seriously, whoever you are, newbie or veteran, club member or just arrived visitor.

So, take safety seriously and develop a culture of openness? Yes, but that is not the whole message.

Gliding is essentially risky. The only way to glide safely is to not do it at all. Every time you launch a human body, something incapable of flight, in a craft that can only continue to fly if the correct airflow is maintained, you take a risk.

But without that risk you do not get a reward. Or, more simply, having fun requires taking (evaluated and minimised) risks. That is what every pilot understands, and accepts, when they fly.

So what if the NHS adopted this approach?

Let’s look at how this might work in maternity care. For some women and babies, the safest birth may be one that takes place in a well-equipped hospital, with a midwife attending, and easy access to operating theatre, special care baby unit, everything that might be needed if something goes wrong.

But, most often, especially where the woman has already had one or more normal births, nothing will go wrong. And for many of these mothers the desired, most rewarding birth would be at home, with minimal intervention from anyone except her birth partner. In situations such as this, individuals can consider the relative risk and reward before making their decisions.

The default position is generally to eliminate, or minimise risk, but without looking at the effect this has on reward, on enjoyment, on quality of life.

So, for example, I have heard other service users being told, and been told myself, that if doing something made you ill, then don’t do it again. Which is sometimes good advice; for example, if smoking skunk brings on psychosis, then, okay, avoid it in future. But, what if it is your job that made you ill, should you stop working? There is a focus on risk, but without any consideration of the upside, reward, fun, satisfaction, and actually living a life that means something.

And there are two further problems. First, things tend to become standardised, a protocol applied to all of us with severe and enduring mental health issues. Doing x made y ill, therefore it will or may have the same effect on a, b, c, and the entire alphabet of clients.

To challenge this is to be met with resistance, to be regarded as a bad patient, one who is taking unnecessary risks, and who is then to blame if they have another acute episode.

Instead, the good patient complies, cuts away all risk, and lives quietly. They do not become ill again, and if their lives are just drifting, then that is seen as success. And, as well, I have noticed that very often it doesn’t even work. Less risk leads to a lower risk tolerance. Put bluntly, it takes less and less to trigger an episode of illness.

What if it was done differently? What if “being prepared to take risks” was not instantly equated with “being reckless?”

Becoming acutely ill, though of course not regarded as good, might not be seen as a catastrophe either, but an opportunity to look at risk, at how you have managed it, and if that approach was right. “Revolving-door patient” might not be an insult, or a symptom of a service in crisis.

Imagine. I have just emerged from, no, I am emerging from, an episode of severe illness. I have a chance to talk through, to explain what I believe to be my risks, and also the rewards of taking these risks. Doing work that stretches my mind makes me stressed. But it also gives me enjoyment, a sense of worth, and fulfilment.

And then to examine the ways to reduce, and manage, those risks. I will ensure I have downtime. I will not overload my week.

Imagine as well that in this discussion, we are all equal. I am equal, an expert in my own wellbeing, with all of the professionals. And imagine that this applies whoever “I” am, regardless of my education, articulacy, ethnicity, length of time in the mental health system, or if I have or have not been sectioned. “I” am still the expert on me.

And that we all come to an agreed decision. That we acknowledge and accept (evaluated and minimised) risk.

Now of course I accept in theory that lots of this already happens. In theory.

I also accept that to actually happen, there needs to be change in not just the NHS culture, but in the wider society too. As long as mental health staff fear tabloid headlines, they will remain risk averse.

But imagine. This might lead to a reshaping; there would need to be, initially, an easier access route back into acute services, to allow for possibly more frequent episodes of illness. An expansion, a reopening of crisis houses, to allow for the short-term intensive support and recharging, and a reshaping of attitudes and approaches among community mental health team staff, to accept relapse as anything except failure. And behind this, crucially, a complete redrawing of targets.

Would it save money? Initially, probably, almost certainly, no. In fact it would need extra resources. But in the longer term, we would, collectively, have more resilience, and this surely would have cost savings, not just for the NHS but also for social services, the police, and housing providers.

And imagine as well, most importantly, imagine this; too often, throughout my career as a service user it has seemed like a struggle to be able to live a real life. I have seen far too many friends give up, accept that all their future contains is sitting outside coffee shops, drinking coffee and smoking and watching real life pass them by.

Imagine a world in which we, all of those wasted resources, wasted lives could have meaning.

Verity Murricane‘s experience of severe depression in her late 20s means she has done a lot of things she wouldn’t have otherwise have considered, including setting up a user-led charity and becoming a governor of a health trust and a resident board member for a housing association. She also runs a small food business, and takes any opportunity to ask constructively critical questions of local service providers. She is a governor of Berkshire healthcare NHS foundation trust, a trustee of Eight Bells for Mental Health and  advisory panel member for SSE power distribution networks.