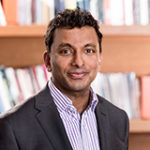 What is the medical world to do since president Donald Trump’s executive order, issued on 27 January 2017, banning citizens of seven Muslim majority countries from entering the US for 90 days. We have seen the emotive images of people entering the US and the passionate demonstrations. We read about the toing and froing of the American law courts, who are currently blocking the ban, for the time being until the next Executive Order or legal pronouncement. The International Gastroenterology Community have been in dismay at Donald Trump’s attempted exclusion of citizens from certain countries. This we feel is a basic human rights violation.

The history and progress of medicine has relied on the free international exchange of ideas, research, teaching, and training. Ultimately and repeatedly this has resulted in the best outcomes for patient care across the world. A central tenet of this approach is the free movement of medical doctors and scientists. Medical centres of research and clinical excellence established across the globe rely on this international talent pool with selection based on only one criteria—excellence. Ethnicity, citizenship and religion are of no consequence and indeed not relevant.

For this reason, in direct consultation with UK, US, and international gastroenterologists, we have been seeking means to express our sadness and dismay. The only way forward which we could collectively share and act upon was to decline all Congress invitations to the US. Furthermore a number of us have decided that we will not travel to the US for any other reasons (professional or social) until this issue is resolved. Currently we would best describe it as “in limbo” or ongoing uncertainty.

The reasoning for our action is simple: if enough of us take this stand then we become a financial and monetary force not unlike big business. We felt it had to start somewhere so why not with us. A major knowledge economy like that of the US simply cannot allow itself to be closed off. If delegate attendance at American meetings is reduced by 25-50% even the American government will realise that this doesn’t serve to “make America great again.”

We are saddened at the thought of not seeing our US colleagues and realise that this may also be detrimental to the exchange of scientific information, but have taken great strength and comfort in their unequivocal support of our actions.

David Sanders is a medical doctor, international researcher, and author. He is professor of Gastroenterology at The University of Sheffield and an NHS consultant based in The Academic Unit of Gastroenterology, Royal Hallamshire Hospital. He is the current Chair of the Coeliac UK Health Advisory Council, BSG Council Member and President of the International Society for the Study of Coeliac Disease (ISSCD).

Competing interests: nothing to declare.