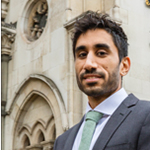 England’s health secretary, Jeremy Hunt, has just announced that from April this year, overseas patients will be charged upfront for non-urgent NHS care. Whenever a new government NHS policy hits the headlines, the next task is to discover the story that they wanted to bury.

I have previously written about health tourism and asking patients to provide a passport to access NHS care. This would neither achieve the cost savings it promised nor differentiate between those actually eligible for care.

We have now heard that Jeremy Hunt plans to bring through a law which requests certain groups of overseas patients have their paperwork checked by NHS staff to ensure eligibility, with the request that those ineligible pay in advance for non-urgent treatment. The justification is that several million pounds can be recouped in this way; undoubtedly much needed funds for a struggling health service.

Once again this engenders discussion as to the amount of money saved vs. the administrative costs of implementation, and raises ethical questions around the groups of patients this may deter from seeking treatment, the wider social cost that may then occur within our borders, and the nature of confidentiality agreements for all patients’ records between the Home Office and NHS staff. More importantly, once again, this policy announcement is designed to trigger debate. Unlike most other NHS policy it has been announced with pride, statements, and press releases. It occupies headlines and re-focuses journalism on this season’s hot topic—blaming the outsider.

We have a huge problem with finances in the NHS. If we can save money without detriment to patient care, or recoup genuinely significant sums owed to the system, these must be explored and debated. But we cannot, and have to make concerted effort not to allow headline politics to deny the public the real debate they deserve. As more and more is revealed of the Sustainability and Transformation Plans, we learn just how many A&E departments, clinics, hospitals, and local services are facing closure. Record numbers of patients are waiting on trolleys and in hospital corridors this winter, and the situation shows no signs of improving—we are seeing the government’s spending on health per capita fall and £22bn of cuts need to be made. The decreasing number of doctors choosing to enrol in speciality training schemes and the decreasing number of people applying to study nursing demonstrate a worrying trend. Meanwhile our health secretary flies over to the United States to give a talk on patient safety,—incidentally to a group showing an ever eager eye on lucrative private purchases being made available to them in the UK health service.

Discussing the 0.3% of the NHS budget that we may be spending on “health tourism” is a nuanced discussion that parliament and ministers should, of course, be having, but using migration to once again divert from the questions about who is going to fund our NHS safely over the coming years are not the actions of a government with a genuine interest in taking responsibility for their role in the provision of basic levels of healthcare to its population. Once again the public deserve better and it will be up to us to remind our public servants of their responsibility to our health service, not our headlines.

Amar Mashru is a junior doctor specialising in emergency medicine. He works in the NHS.