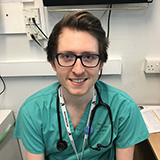 Since 2004 NHS emergency departments in the UK have been set “the four hour target.” The time from arrival to discharge and transfer out of the department should be no longer than four hours for all patients attending an emergency department. Initially 98%, it was lowered to 95% in 2010, and on 9 January 2017 the health secretary, Jeremy Hunt, suggested the target was set for further change in response to the 2016-17 winter crisis.

But is the four hour target really the most accurate marker of quality and performance? Initially many felt patients were being moved inappropriately, in pain, too early, or without complete treatment, leading to, at times, a detrimental effect on patients’ care. In 2017, the failure to meet the target is due to the fact that demand has outstripped capacity in every aspect of acute and emergency care.

There are, however, several other statistics that trusts use to assess the functionality and performance of emergency departments, which, arguably, are more telling than just the four hour target. The 12 hour trolley waits and delayed ambulance handovers that take longer than 60 minutes, at a £1000 fine a time, show that the system is running to capacity. The time from arrival to nurse triage, which ought to be within 15 minutes, is arguably one of the more important statistics that we do not pay enough attention to.

The time from arrival to treatment is rarely recognised as a marker of quality of care. However, in Advanced Quality frameworks (AQs) or Commissioning for Quality and Innovation payments frameworks (CQUINs), time to treatment is emphasised, as the time taken to receive antibiotics in sepsis cases is surely the most crucial part of emergency treatment. The overall time spent waiting for a bed in the department is not. Equally, time to IV fluids in an acute kidney injury or analgesia for acute pain are probably more important than a patient being seen at three hours and not being properly treated before transfer.

Apart from those too clinically unstable to move, some patients may benefit from remaining in the emergency department for their whole episode of care. For example, a patient with chest pain waiting for their second troponin may wait an extra few hours in the department due to the fact that the observation ward is full and there is not a convincing reason to admit them. It could be argued that some patients remaining in the emergency department under the care of the same doctor and nurse for their entire attendance means they will receive safe and efficient care. Of course, for more acute cases, no one should remain in the department for an unnecessarily prolonged amount of time unless they need a period of stabilisation.

Many emergency departments have minor injury units attached to them, which often have a much shorter wait, as do specialist emergency departments such as gynaecology, obstetrics, or eye hospitals. With these patients grouped in with the figures, it may look like a hospital is doing really well on the four hour target, but actually the average wait to see a doctor and for treatment may be several hours at times, which is surely where the patient safety issues lie.

Some of the safest emergency departments may have a poor record of meeting the four hour target, but the quality of care may be excellent, mortality and morbidity low, and patient satisfaction great. The use of a blanket target will always cause debate and the Nuffield Trust described the health service as “fixated” with them in 2015. Although the future of the four hour target remains unclear, we should be grateful for the changes it has produced.

Daniel Gibney studied at the University of Manchester and completed his foundation training in Liverpool. He is currently a Locum SHO in Liverpool mainly working in Emergency Medicine.