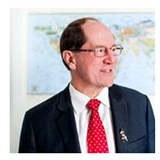 In a recent Analysis in The BMJ, Suerie Moon and colleagues convincingly argue that not enough has been done to implement actions recommended by seven post-Ebola reports in order “to ensure we are better prepared for the next pandemic” [1].

These arguments resonate with my own experiences of caring for people affected by the West African Ebola pan-epidemic (the term “pan-epidemic” describes multifocal epidemics such as Ebola, Zika, and Yellow Fever and avoids debates over the definition of a “pandemic” [2]), and the outbreaks of Zika in Brazil and Yellow Fever in Kinshasa in 2016. The trajectory of these experiences offers some hope that operational responses are improving.

Working together with West African and international colleagues, I was fortunate to be able to provide hands-on care for approximately 200 patients with Ebola in Liberia and Sierra Leone in 2014. We witnessed the devastating impact of the factors that contributed to this pan-epidemic, including delayed recognition of the virus, an unprepared national healthcare infrastructure and international response, and a delay by the WHO in convening the Emergency Committee that advised declaring a Public Health Emergency of International Concern (PHEIC).

In November 2015, we learnt that French Polynesia had retrospectively identified a cluster of congenital neurological abnormalities mostly in 2014 associated with a preceding Zika virus outbreak similar to the situation later in Brazil in 2015. [3] As a result of the Ebola experience in West Africa and the delayed international response, we called on the WHO Director-General (D-G) to convene an Emergency Committee on 27 January 2016 [4]. She did so on 1 February and declared a PHEIC the same day, on the advice of the Emergency Committee chaired by David Heymann [5]. WHO quickly created a Strategic Response Framework and Joint Operations Plan focusing on the three pillars of surveillance, response, and research.

In February 2016 I went to Recife to meet Brazilian colleagues and discuss their patients with “microcephaly”, which they had already begun reporting as “congenital Zika syndrome” [6].  In autumn 2015 and early 2016, the leadership by Brazil on-the-ground was well-documented in terms of research linking Zika and neurological syndromes. There was close collaboration on this growing pan-epidemic between Brazil and WHO’s regional Pan American Health Organization (PAHO).  Not convening this WHO Emergency Committee until 1 February 2016 was a delay, but not as evident a delay as for the Ebola pan-epidemic, in part because of the early responses on the ground by Brazil and PAHO.

Meanwhile in the first half of 2016 a yellow fever pan-epidemic spread through much of Angola and then into the Democratic Republic of Congo (DRC), with at least 11 cases also traveling to China from Angola.  When experts raised the potential need for using a 1/5 normal dose of yellow fever vaccine to control this emerging pan-epidemic, given limited vaccine supply [7], on 9 May we again called on the WHO D-G to convene an Emergency Committee [8].  She did so on 19 May. Although a PHEIC was not advised or declared, another WHO Strategic Response Framework and Joint Operations Plan was quickly created that helped coordinate the multisectoral response that would eventually stop the pan-epidemic. WHO activated their Incident Management System and used their new Contingency Fund for Emergencies [9].

When I met with colleagues in August in Kinshasa in the Democratic Republic of the Congo, a massive and admirably successful collaborative response was evident between a multitude of national and international organizations.  As a result, over 7.5 million persons in Kinshasa were vaccinated within two weeks in August, using 1/5 the normal dose of vaccine (“fractional dosing”), and the pan-epidemic was controlled.  While WHO currently states that one full dose of yellow fever vaccine confers life-long protection, the duration of protection conferred by 1/5 dose is uncertain, but expected to be at least one year. We will only be able to determine the duration of immunity beyond one year in people receiving fractional dosing by completing the study started in Kinshasa, illustrating the importance of research during an outbreak. If urban yellow fever outbreaks were ever to come to Asia, or multiple large cities anywhere again, such fractional dosing would likely be needed to prevent pan-epidemics.

While there have been tangible improvements in outbreak response on several fronts, much more must be done in the near term to implement post-Ebola reforms. As shown in 2016 the pathogens causing outbreaks with potential to become pan-epidemics never cease emerging.  In fact, the next outbreak threatening to become a pan-epidemic in 2017 might already have started, but we have not yet recognized it. We need to be better prepared.

Daniel Lucey is an infectious disease and public health physician who teaches about international viral pan-epidemics, based on going overseas when they occur e.g. Ebola, Zika, Yellow fever, MERS, Influenza, SARS. He began clinical work at Baragwanath Hospital Soweto, South Africa, and then worked in San Francisco 1982-85 at UCSF/SF General Hospital to provide care for many patients having HIV/AIDS.