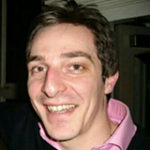 Arriving in resus the tension was palpable. A familiar interplay was evolving in the Paediatric bay. The “Handover Standoff.” On one side stood a fatigued transfer team accompanying an intubated toddler with intracranial pathology. The last couple of hours had been spent performing complex tasks in a stressful environment whilst simultaneously organising beds, personnel, and transport. The critical care transfer ballet that is so frequently staged in a district hospital. From my viewpoint the transfer team appeared to have done an excellent job and were now well placed to receive our plaudits. Perhaps even a cup of tea. Instead they faced a wall of various healthcare professionals. Stern questions were being fired at the transfer team—staccato clippings barely disguising the receiving team’s apparent annoyance. The transfer team swiftly adopted a back foot stance, aggrieved at the apparent insinuation that they had not performed to the highest possible standards. “Who told you come to resus?”, “We were told the child was three, not two.” “You’ll just have to wait—this isn’t what normally happens.”

Except this interplay is so common that I would suggest that it is the norm between teams handing over care. I have witnessed the same interplay when patients are delivered from theatres to the intensive care, and vice versa. When Paramedics roll into the emergency department. When HEMS crews deliver beautifully packaged patients who not so long before had been intertwined with mangled bits of bent metal. The rolled eyes. The undermining language. The thinly veiled dissatisfaction with each other. And, I confess, in addition to witnessing “Handover Hostility,” I can remember occasions where I have been the perpetrator in this bizarre ritual.

Who cares? The clinical bit is what counts, right? No one ever died through lack of manners. But I do care because I am frustrated. Frustrated from observing these behaviours for years without understanding their cause.

Perhaps it is a phenomenon born of onerous workloads. We are all stressed, that is not up for debate. Morale in hospitals seems lower now than I’ve ever known it to be. Despite this we’re generally not a work-shy bunch.

Is it insecurity in the face of critical illness? A complex problem we are now tasked to take over and may not feel comfortable with managing? I’m afraid “Handover Hostility” is not the preserve of the clinically inexperienced. It is also well practiced by those who occupy the senior echelons.

I have no answer, but does that actually matter? Well yes, it may well matter. Porath and Erez1 (2007) demonstrated that a brief single hostile encounter results in cognitive disruption and an immediate reduction in task performance; not only in the individual on the receiving end but also in those who witnessed the hostile behaviour. Riskin et al (2015)2 demonstrated that exposure to rude behaviour had a deleterious effect on both the diagnostic and procedural skills of Neonatal Intensive Care workers. Dealing with hostility is a distractor that takes up our mental “bandwidth,” a concept that describes the finite nature of our cognitive processing power. Use it all up on the emotive response to hostility and our performance takes a rapid nosedive.

Managing the critically unwell is always challenging, irrespective of seniority or experience. I would suggest a free and easy way to improve performance in addition to hours spent training and working would be to simply take a kinder approach to one another.