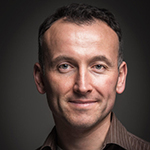 Many doctors will have had the frustration of dealing with health problems that are actually the result of much more deep-seated social inequalities, some with their roots going all the way back to education and childhood. But how do we avoid just putting plasters on these underlying problems? How do we address these wider issues affecting health?

This was the focus of a two-day high-level conference last week in Paris, convened by the World Health Organization’s Regional Office for Europe. The WHO’s European strategy for health already goes in this direction, by aiming to improve not just health but “well-being,” which immediately brings in a much wider set of factors like employment and communities. But it’s all very well for us health people to show the need for action by others. It’s much more difficult to get other ministries and departments to actually do something.

These two days represent an innovative attempt to address this, by bringing together ministers responsible for health with those responsible for education and social issues such as housing and social security and seeking their common commitment to two key actions:

I was particularly involved in the session on evidence—not just making more of it, but thinking differently about what kind of evidence is needed. After all, we know all too well about the poisonous and pervasive impact of inequalities on health and wider wellbeing. Michael Marmot’s work on the social determinants of health is an internationally recognised reference point, and he was there to make his points in person. But we have to face the fact that years of evidence about social determinants and inequalities has not succeeded in moving policy. So we explored thinking differently about evidence itself—moving from providing numbers to telling meaningful stories; combining knowledge about general mechanisms with all the complexity of specific social and cultural contexts; and focusing research around real-world problems.

Throughout the conference, I was struck by the relevance to our Brexit debate. From the referendum discussion, it is clear that inequalities within the UK have built up to dangerous levels that are damaging people and communities. These inequalities are about more than just money; they’re about meaningful jobs, strong communities, capacities to cope with a changing world—in short, exactly the issues of human well-being and potential that this conference was addressing.

Moreover, this kind of international collaboration is something that we will need to work at after we leave the EU. Until now we have had an automatic set of international partners, and this conference illustrated the value of such learning, from an anti-bullying initiative in Finland to mechanisms for cross-ministry cooperation for health in France. We can no longer take these sources of international engagement for granted in the future.  This will make playing an active part in international bodies such as the World Health Organisation all the more important.

Nick Fahy is a senior researcher and consultant in health policy and systems at the University of Oxford. He also blogs about health and Brexit at www.nickfahy.org