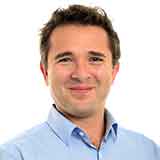 I spoke at the Pan-American Health Organization symposium in Brasilia on the 11 November to senior officials from the Ministry of Health. The symposium was to guide and shape the Ministry of Health’s next National Primary Care Strategy, but there was talk of a real threat to the primary care system being dismantled, slowly and insidiously.

On the 11 October the House of Deputies passed a second vote for the PEC 241. PEC 241 is a proposal to introduce an unprecedented funding freeze across the Judiciary, Executive, and Legislative branches of government.  The proposal is so profound it is actually a Constitutional Amendment and if voted in by Congress and the Senate over the next couple of weeks, will see public spending freeze for twenty years from 2017, and for healthcare from 2018. It is not difficult to see what this will do to the health care system. The new law, if approved by Congress and the Senate, will see public spending rise only in line with inflation, meaning that if GDP rises, which it likely will over the next twenty years, public spending as a proportion of GDP will effectively go down to historically low levels. It has sent shock waves through the healthcare community in the public sector.

In the twenty years that I have accompanied the Brazilian primary care system, I have never been so concerned about its future. It feels like Brazil is at a crossroads where once unthinkable narratives are now in play.  Sound familiar? Could this be Brazil’s “Brexit moment”? This isn’t merely because of the threat posed by the PEC 241—there are also arguments afoot that the system just isn’t working.

The debates always seem to lead to two polarized camps. Those who view the primary care system from a local level will note that there are many municipalities that fail to pay their staff, there is a shortage of medications, waiting lists are long, and sometimes the doctors don’t even show up to work. Those that view the system at the national level will note that primary care has had a significant impact on infant mortality, hospitalizations and malnutrition, attained universal immunization, impressive breast feeding rates, brought TB under control, and introduced free treatment programmes for HIV (1-3).

Those who view the system more from a clinical technical perspective will argue fervently that quality of primary care is highly variable, that there are too many registered patients per doctor, and that there is a chronic lack of information support systems. Those who see the system more from a public health perspective will observe that multi-professional teams of clinicians, nurses, and around 4-6 community health workers are developing activities that address the root cause of illness in their communities, alongside developing preventative activities, active case finding, screening, immunizing, developing community participation activities, health education activities, knit and natter groups, women’s groups, Tai Chi sessions, breast feeding support groups and more.

Those that fall into a more positivist world view will argue that much that is delivered in the primary care system has little or no evidence of effect, that time and resources are wasted on Community Health Workers. These arguments will be countered by those from a more interpretivist perspective arguing that lack of evidence of effect is due to lack of evidence, not effect, that this is a methodological issue, that much of the work that a Community Health Worker does is difficult to measure, observe and test for (4).

The point is that these perspectives are real and co-exist at the same time—a paradox. The danger lies in spending time arguing over which perspective is correct—local vs national, clinical vs public health, positivist vs interpretivist—and not being able to hold two-competing world views in one’s mind at the same time.

When debates get polarized big things happen like leaving the European Union and electing an “unelectable” President. Many are looking to Brazil to follow its example in leadership, in approach and in delivery (5,6). My message to Brazil is to not confuse these tensions with a lack of evidence of the impact and potential of the model of care. To do so would undo two decades of remarkable health system reform.

Conflict of Interest: The author worked as a general practitioner in Brazil (1999-2003), as an unpaid advisor to the Pan-American Health Organization, and as the lead for the UK Department of Health technical bilateral cooperation with the Brazilian Ministry of Health (2011-13).  The author received a per diem payment from the Pan-American Health Organization to participate in the symposium in Brasilia.