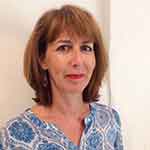 The encounter that changed my medical career was in 1990, with an interpreter working in a Red Cross clinic overseas. We had become friends over the weeks that I worked there and one day he showed me his application to be considered a refugee. He detailed the events leading to him having to flee his country, but gave hardly any detail about what he had actually suffered. I asked why and he explained that he did not like to revisit those memories or to be pitied. He wished his case to be considered on his words and deeds.

Years later I answered an advertisement to work as a report-writing doctor for the Medical Foundation for the Care of Victims of Torture, now known as Freedom from Torture and have since documented evidence of torture in over a thousand individuals. I will never forget his words though, as they remind me that many experiences are difficult to speak of, and many memories painful to describe.

Freedom from Torture doctors document physical and psychological evidence of torture in detailed medico-legal reports, according to the principles of forensic medicine and standards of the Istanbul Protocol. These reports are considered as part of the asylum application by Home Office case workers and there is a clear policy to guide them in the assessment of this evidence. The policy explicitly instructs that it is not the role of caseworkers to dispute the clinical findings or purport to make clinical judgements of their own about medical evidence or medical matters.

But Freedom from Torture’s new report “Proving Torture” has exposed that in 74% of the cases that it looked at, the asylum caseworker has done exactly that. As a consequence, they may then deny the applicant’s claim for asylum on the grounds that their account cannot be believed. Our research also found that in the cases where an outcome is known, 76% were overturned on appeal, granting asylum. The usual overturn rate at appeal for asylum cases is close to 30%.

This situation represents more than just numbers, and more than just a shocking waste of public funds in running these appeals. In human terms the cost is greater because the impact on an individual of having their asylum claim refused can be devastating. I have examined survivors of torture whose mental health deteriorated seriously after their case was refused, with increasing dread of being detained in the UK and returned to their country to face further torture. Some have made serious attempts on their lives.

As my interpreter said, the experiences of torture are not easy to describe and it is common that only in the relatively therapeutic setting of a medical examination are key details of the experience disclosed and evidence supporting an account of torture discovered. When a case worker with no clinical qualifications feels able to discard this evidence, discard the clear policy of the Home Office, and prefer their own interpretation of evidence to that of a specialist, impartial, expert witness, it is no surprise that so many of these decisions are overturned on appeal.

What survivors of torture need is safety and access to rehabilitation. This cannot even begin until there is a sound decision made on their claim. The Home Office already has a training programme to advise case workers on assessment of medical evidence, but never rolled it out. Now is the time.

Juliet Cohen is the Head of Doctors at Freedom from Torture and an independent forensic physician.

See also: When your patient is a survivor of torture.