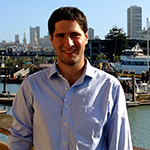 Whether it’s the razzmatazz, scandal, or fear generated by the forthcoming US presidential election, it’s fair to say that people are talking about it worldwide and watching closely as 8 November approaches. The outcome of this election will, I think, have implications worldwide particularly on account of the candidates’ views on immigration, trade, and foreign affairs. The outcome of this election will also shape health policy in the US now and perhaps also for the next generation. The Affordable Care Act (“Obamacare”) was passed in 2010 and has reformed the US healthcare system and health industry. Key provisions under Obamacare included: 1) removal of ineligibility for health insurance on the basis of pre-existing conditions 2) a requirement for all persons to buy health insurance 3) expansion in safety net coverage for low-income Americans and 4) reform of the medical care delivery system. Despite being passed six years ago, its fate is still uncertain. [1] With so much at stake, what is likely to happen? Well, it turns out that what happens really depends on more than just the Clinton vs Trump showdown but also on what happens in elections across the US for the Senate and House of Representatives. In this blog, I discuss the most likely election results (based on current polling [2] [3]) and their impact on US health policy based on the candidates’ and parties’ stated health agenda:

This scenario is no different to what we have today. Republican Congressional leaders will continue to propose complete repeal of Obamacare and President Clinton will use her veto. Unless the Republicans can garner a two-thirds majority in both the Senate and the House (which we consider unlikely), repeal will not occur. On the other side, President Clinton would attempt to expand the number of people who benefit from Obamacare’s insurance coverage provisions, increase health insurance subsidies for those on low incomes and remove the so-called “Cadillac Tax” on high-premium employer health insurance plans. [4] Republicans in Congress will likely block many of these proposals.

In this scenario, Obamacare is here to stay although President Clinton is unlikely to be able to advance much of her health agenda without support of Republicans in the House of Representatives which is unlikely to be forthcoming.

This is the scenario that would see the greatest change in US health policy. With congressional support, President Trump would repeal Obamacare and replace it with something new. It is unclear exactly what would replace Obamacare or how a transition would take place. Mr Trump’s plans include efforts to decrease insurance premiums by allowing the sale of health insurance across state borders, allowing individuals to deduct the cost of premiums on their federal tax returns, giving individuals health savings accounts that they can use as they see fit, and reforming Medicaid to establish caps on spending per person. [5] However, Republicans in Congress have not unified behind any one replacement for Obamacare and this may be an undignified debate.

In this scenario, little is likely to change. While Senate Democrats will propose further refinement of Obamacare, Republicans in the House will not allow these to pass, and President Trump, in any case, would exercise his veto.

The separation of power between the White House and Congress means that, in my opinion and based on latest polling, not much is going to change in US health policy after 8 November. And yet serious problems remain. Insurance premiums are rising, healthcare spending is increasing, there are still swathes of Americans without insurance and health outcomes are worse than any other country of similar wealth. Repealing Obamacare would add over $350 billion to US debt through 2025 [6] and would threaten much of the progress made in ensuring that more Americans are insured today than ever before. In my opinion, this is the wrong way to go at this stage although the fixes to the law that are required will be messy and difficult to achieve given the structure of the political system in the US.