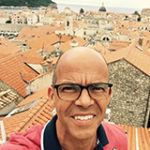 Our paper, published last year in The BMJ, on the tendency among scientists in the biomedical field to cite Bob Dylan’s lyrics in their own papers,1 seems to have struck a chord. At the time of writing, the paper has been viewed or downloaded about 15,000 times and has an Altmetric Attention Score of more than 500, placing the study in the top 5% of all research outputs ever tracked by Altmetric. But that was before it was announced that Bob Dylan, 75, had been awarded this year’s Nobel Prize in Literature, a first for a singer-songwriter.2 Will citations of his lyrics in the biomedical literature increase?

At the present time, a couple of weeks after the announcement was made, Dylan has yet to respond to the news (a response of sorts, to be sure) and the question is: will he reject the award, like Jean-Paul Sartre, or accept the award, but refuse to travel to Stockholm, like Elfriede Jelinek, or will he embrace the occasion, with a little help from his friends, as he did in 1970 when he received an honorary degree from Princeton University, as he was approaching the perilous age of 30? The event has been lampooned in Rolling Stone and Dylan was portrayed as reclusive and paranoid, unwilling to accept the honor bestowed upon him,3 but perhaps he was simply nervous (at 29, in front of 1200 graduating seniors, in near-90 degree heat, uncomfortable in his academic gown)? In fact, when I received my PhD degree, at the age of 29, I too was nervous; the graduation ceremony at Karolinska Institutet takes place in Stockholm City Hall in the same place as the annual Nobel Prize Banquet. However, much later, in his autobiography,4 Bob Dylan wrote: “I was glad to get the degree, though. I could use it. The very look and touch and scent of it spelled respectability and had something of the spirit of the universe in it.”

The graduation ceremony at Princeton took on an almost biblical dimension as the university campus on that very day was in the throes of a locust infestation, something that occurs once every 17 years. Bob Dylan captured the event, and the cicadas that “sang off in the distance”, in the song “Day of the locusts” which can be found on the album New Morning, released in 1970. The song describes how Dylan steps to the stage to pick up his degree and how he was glad to get out of there alive, all while the locusts sang with a “high whining trill.” Every 17 years, these locusts (to be precise, cicadas), tunnel to the surface to mate after an extended subterranean maturation period and the signature “trill” referenced by Dylan is the mating call of the Magicicada, a North American species of the periodical cicada.5 The first description in the scientific literature was recorded by Pehr Kalm, a Swedish naturalist visiting North America in 1749, when a heavy infestation of the periodical cicada occurred in Pennsylvania.6 Kalm, who was born 300 years ago, was a disciple of Carl von Linné and a close friend of Benjamin Franklin. He described the event in Pennsylvania in the proceedings of the Royal Swedish Academy of Sciences in 1756, referring to the cicadas as “a type of grasshopper”, which is actually misleading, but his account has provided a rather vivid description of the infestation and he stated that “the insects appear in astounding numbers with indescribable suddenness” and he also concluded, based on the available evidence, that the cicadas appeared in this manner every 17 years.6 So, thanks to Pehr Kalm, the naturalist, and Bob Dylan, the Nobel Laureate, we have both a precise scientific description of the periodic cicadas and a poet’s rendition of the event, separated by more than 200 years.

Finally, with respect to our research: have any new examples appeared since the last analysis of the literature? One notable new entry is the following by Jonas Frisén at Karolinska Institutet: “Stars from the darkest night: Unlocking the neurogenic potential of astrocytes in different brain regions”.7 The quote is from the ballad “Boots of Spanish Leather” on the classic album, The Times They Are a-Changin’, released more than half a century ago and featuring Bob Dylan solo on the acoustic guitar. The review article discusses astrocytes—star-shaped cells in the brain—and how these cells in static areas of the brain (‘the darkest night’) can become activated to give rise to neurons in certain situations.