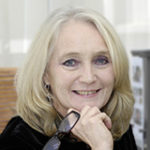 11 March 2016 was an important day for global public health. It was the day the UN adopted a hygiene indicator as part of Sustainable Development Goal (SDG) 6–the goal that covers the availability and sustainable management of water and sanitation for all, and which will guide funding and policy in this area for the next 15 years.

The adoption of the indicator is in part thanks to advocacy efforts of the water, sanitation, and hygiene (WASH) sector, especially the Global Public-Private Handwashing Partnership on Handwashing with Soap. Academics, influential NGOs including the Water Supply and Sanitation Collaborative Council and UNICEF, and private sector partners such as Unilever-Lifebuoy, have all played their part in raising the profile of handwashing with soap (HWWS).

While provision of infrastructure is the critical first step to facilitate WASH behaviours, this alone cannot tell us whether water is being used only for household activities such as washing clothes or cooking, or for lifesaving ones like HWWS. The indicator as adopted–the “proportion of population using safely managed sanitation services, including a hand washing facility with soap and water”—is a good proxy to begin actively monitoring both the presence of facilities and their manner of use.

While monitoring HWWS in households is an important part of this equation, doing so in schools is arguably even more so. Historically, hygiene has rarely been given priority in schools in developing countries, and few provide soap for pupil use. [1] In India, an assessment of 540 school in nine states on the Midday Meal (MDM) scheme (a free government nutrition programme reaching 120 million children) found only 51% had a designated handwashing place, and only 12% had soap available at this place.

Implementing and monitoring the hygiene indicator in schools will require not only additional investment and resources, but also the application of some best-practice principles:

By monitoring the hygiene indicator in schools, governments can ensure not only that HWWS is inculcated throughout the next generation from an early age, but also that the potential of children to influence the hygiene behaviours of their families and act as agents of change in their wider communities is harnessed to the full.

Sian M Griffiths practised as a service based public health physician and is former Director of Public Health for Oxfordshire. She was President of the Faculty of Public Health of the Royal College of Physicians between 2001-4. Since 2013 she is Emeritus Professor at CUHK.

Competing interests: Sian M Griffiths was a member of the Unilever Clinical Research Ethics Advisory Group between 2010 and 2013. She is a Trustee of RSPH and Advisory Board member for Public Health England.